It is very convenient to attribute intentions and words to a dead person, since he isn’t around to contradict you. We now have reports that Rishi Kapoor and his son Ranbir Kapoor were considering being part of the Hindi remake of a Gujarati film, Chaal Jeevi Laiye.

This just can’t be true . Rishi had himself told this writer that after the deplorable debacle of Abhinav Kashyap’s Besharam, both father and son had taken a conscious decision to stay away from one another on screen.

Rishi who was very upset with the way Besharam (and also Anurag Kashyap’s Bombay Velvet) had shaped up said, “Ranbir will always have to go through this unfair comparison with me, just like Abhishek. That’s why I don’t want to play his father on screen. I agreed to do Besharam because we were not playing father and son. But it was mistake.”

Hope this puts to rest all speculative stories on any proposed project bringing the Kapoor father and son together before his untimely death.

Now that the grief at the loss of Rishi Kapoor is settling down ,the question that a lot of industry folks are asking is, what is the family planning in the way of an honour for the iconic star-actor? Is his brother Randhir Kapoor or any other member of the family planning anything major?

“Not Dabboo or any of his daughters(Karisma and Kareena). But Chintu’s wife Neetu , son Ranbir and daughter Riddhima will definitely do something major in Rishi’s honour,” says a close family friend.

“Not a bio-pic, that won’t work.Who will play Rishi Kapoor? Nor Ranbir Kapoor, not after playing Sanjay Dutt(in Raj Hirani’s Sanju) . No , a documentary showcasing Chintu’s journey is more like it. Right now there is nothing concrete , though. The family is too close to the tragedy,” says the family friend.

Must read: Times When Ranbir Kapoor Showed The World That He Is Protective About Alia Bhatt 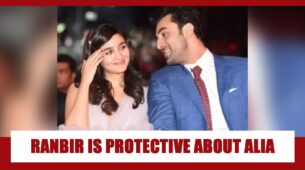