Sanjay Dutt Productions will soon start work on a horror comedy ‘The Virgin Tree’ which will be a story set up in Delhi.

The film will be written and directed by Sidhaant Sachdev who has directed web series Gehraiyaan, Hadh, Spotlight 2, Zindabad.

News coming to us at IWMBuzz.com is that Sanjay Dutt is all set to play an interesting role in the film.

The lead cast for the film will be locked soon.

As we know, Sanjay Dutt is presently shooting for movies Sadak 2, Bhuj: The Pride of India, Prassthanam.

We buzzed Sanjay Dutt’s spokesperson but did not get revert. 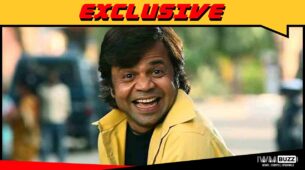