Why Sai Pallavi refused to act with Vijay Devarakonda? Sai Pallavi, the popular actress has worked in Tamil, Telugu, and Malayalam-language films. However, the actress rejected doing a film with one of the topmost emerging actors Vijay Devarakonda.

She reportedly got an opportunity to do “Dear Comrade” with Vijay Devarakonda. However, the actress refused to do the role due to some sensitive reasons. As the trailer of “Dear Comrade” suggests, the movie seemed to demand several intimate scenes between the male and female lead. Apart from Vijay and Rashmika’s promising romance, the trailer also revealed an intimate lip-lock scene between the lead characters. And now it has been revealed that this kissing sequence was the reason why Sai Pallavi turned down the project.

Apparently, the actress was not comfortable in enacting the kissing scene and opted out of the Dear Comrade and Rashmika Mandanna was roped in for the part. 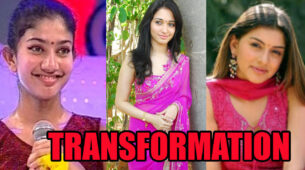