Is Shah Rukh Khan actually doing a film called Pathaan? Has he actually said yes to it? In his his response to the rumours, when I asked him if Pathaan stars Shah Rukh Khan, Deepika Padukone ,Salman Khan and John Abraham, director Siddharth Anand had this to say: “Sorry, I can’t confirm or deny anything at this point as YRF(Yash Raj Films)’s PR handles all communications. I am bound by that unfortunately.”

However Siddharth didn’t deny the project or the cast. While Yash Raj Films refuses to divulge any details,a source in the know informs, “Only Shah Rukh Khan in the title role is confirmed. The rest is all speculation right now.And the fees being attributed to the supposed star cast is totally off the mark.” 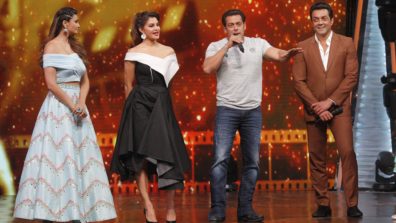 Race 3 team on DID Li'l Masters Martian robot 'Ramu' in DID Li'l Masters 4 on Zee TV Rani Mukherjee on the sets of DID Li'l Masters