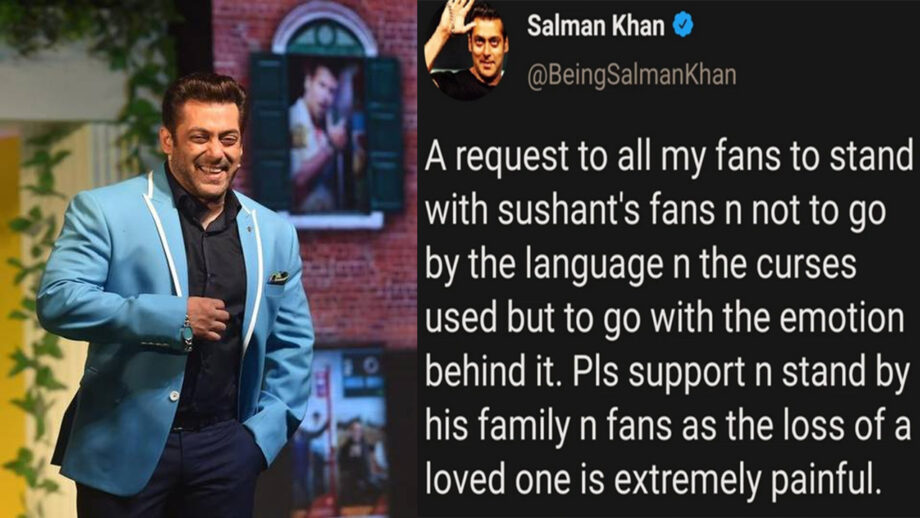 Sushant Singh Rajput’s death has shaken the entire country by storm. Not just the entertainment industry, the entire country is in a state of shock and people are depressed about the fact that a promising career and life ended on this tragic note.

Ever since his death, Bollywood bigwigs like Karan Johar, Salman Khan and others have been facing a lot of flak and negativity from netizens. While Karan Johar has chosen to be silent on the whole issue, Bollywood’s beloved Bhaijaan has finally taken to social media to react to all the comments and negativity. He took to Twitter to spread a positive message to his fans that instead of cursing Sushant’s fans, they should stand by him and support him and his family at a crucial hour like this. Check out what Bhai has to say – Well, after this tweet, we hope the negativity between fan clubs will stop and peace will prevail between all parties. For more updates, stay tuned to IWMBuzz.com.