Panipat, starring Sanjay Dutt, Arjun Kapoor and Kriti Sanon, is all set to hit the theatres this year.

The movie is directed by Mohenjo Daro director Ashutosh Gowariker. The cast and crew of the movie have been extensively promoting the movie by posting behind the scenes pictures and videos from the set.

Panipat- The Great Betrayal is based on the third battle of Panipat, which was fought between the Marathas and the King of Afghanistan, Ahmad Shah Abdali, in January 1761. The set of Shaniwarwada has been set up at ND Studios, Karjat. The movie is slated to hit the theatres on December 06 2019.

Now, IWMBuzz.com has exclusively learnt that Vinita J, the actress who had played lead in TV show Mohi, will be joining the ensemble cast. Vinita has been roped in to play the role of Shamsher Bahadur’s wife, Mehram.

When we buzzed the actress, she confirmed the news. 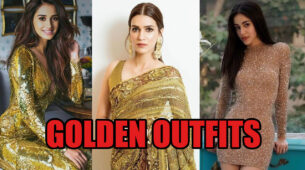