Pankhuri Awasthy who has returned to Yeh Rishta Kya Kehlata Hai with full force after being absent for a while owing to her big screen shoot, posted happy pictures of hers, with the director and co-stars of the film.

Shubh Mangal Zyada Saavdhan is a film dealing with homosexuality and the taboo surrounding it. The film has Ayushmann Khurana, Neena Gupta, Gajraj Rao, Sunita Rajwar and others being part of it.

Check out Pankhuri’s happy outing with the film cast and team. 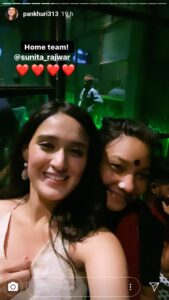 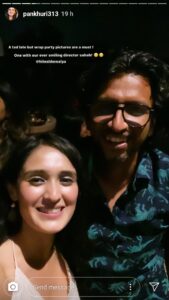 This is Pankhuri’s big film and we wish her all the very best!!