Watch some behind the scenes of popular movie KGF. KGF Chapter 1 is a Kannada film, and Prashanth Neel has directed it. This film achieved great success at the box office. It has become the highest-grossing film in Kannada cinema. The sequel film KGF Chapter 2 is set to release on 23 October 2020. The film stars Yash in the lead role, and he got fame and popularity through this film and became very much famous in the Kannada film industry. We always love to watch the behind the scenes of any particular movie or television show. The way it has been shot and the way it is portrayed is very much different, and the dialogues are awesome, and one scene is shooted from different angles.

The actors of the movie have to say the dialogue several times just to shoot in different angles and then a perfect shot is captured. We also see the struggle and hard work of an actor and the team of a particular movie behind the scenes. In some action movies, we always feel how the shooting has been done in this movie? But when we see behind the scenes, we actually know the way it is shot.

Must read: Dil Bechara vs KGF 2: Which Is Your Favourite New Movie?

Watch the behind the scenes video of KGF and stay tuned to IWMbuzz.com. FUN BEHIND THE SCENES Of Kundali Bhagya! 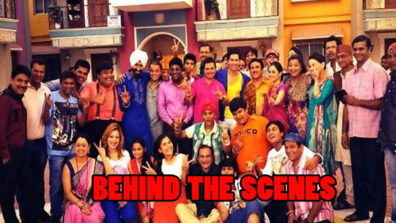 Behind the scenes of Taarak Mehta Ka Ooltah Chashmah Radhika Pandit vs Samantha Akkineni: Who would you love to go on a date with?