OMG!! This cutie has won hearts of all the people. Taimur Ali Khan is the son of actor Saif Ali Khan and actress Kareena Kapoor Khan. He is the Chota Nawab of the industry. People go crazy for him as he is overloaded with cuteness. He is the only star kid who has gained so much of fans at a very young age. His beautiful eyes grabs the attention of millions of people. He is one of the most popular kids in India.

He is always seen removing his tongue out in a teasing way. He has earned a lot of limelight and love from his fans. Since day one, he has managed to stay in news. There are many memes on Taimur Ali Khan on social media. He always poses for the camera and he is never shy of camera. There are some funny memes which will make you go crazy. His awesome expressions goes perfect in any situation and so he is the King of Cuteness and rules the Bollywood industry.

Checkout some memes on Taimur Ali Khan and stay tuned to IWMbuzz.com 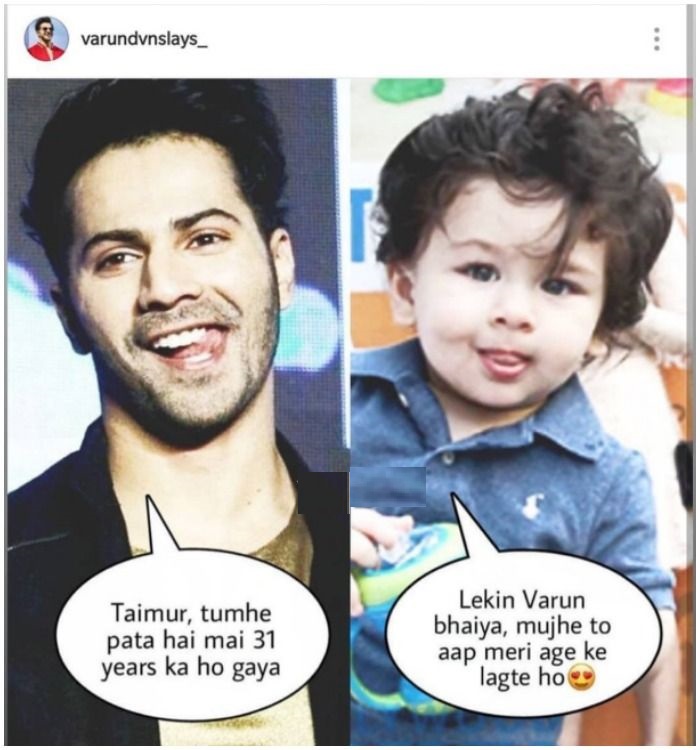