Bhumi Pednekar gets surprised at the sets of Durgavati for her recent achievements. Read the story for more details 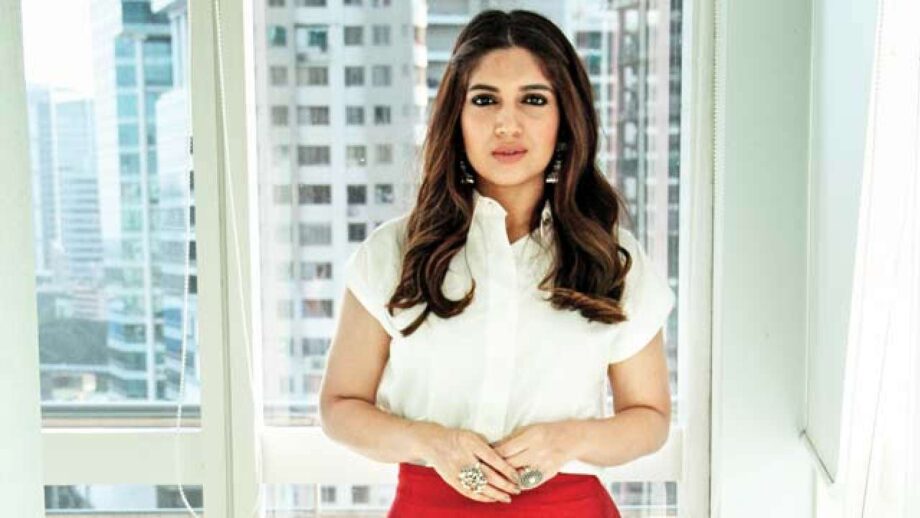 Bhumi Pednekar is certainly on a high at the moment when it comes to her career. She’s signing films in and out and why not? Just the last year, she delivered three back to back hits in the form of Saand Ki Aankh, Bala and Pati, Patni Aur Woh. The result of the culmination of all those three movies contributed to about 300 crores at the worldwide box office. That’s certainly a feat not many actresses have contributed to. Her work has been recognized and that’s the reason, the versatile actor has also been an award-season favorite as she has picked up several key Best Actress Awards including the much-coveted Filmfare Award.

Bhumi has been shooting for Akshay Kumar’s Durgavati which is helmed entirely by her and she was in for a sweet surprise on the sets. The team of Durgavati threw a special celebration for Bhumi. There was an elaborate cake cutting ceremony that saw the entire set participate.

Well, all we can say is Bhumi deserves every bit of it post the success she achieved last year. For more updates, stay tuned to IWMBuzz.com.

Bhumi Pednekar is a 'golden' baby

From Fat to Fit - Check Out Bhumi Pednekar's Transformation