Here are some ethnic outfit looks of Jacqueline Fernandez

The Sri Lankan actress is a gorgeous and beautiful Diva who works in Bollywood. Jacqueline Fernandez is in the industry for a very long time and has given several hit films. The actress is a model too and has become a winner of the Miss Universe Sri Lanka pageant in 2006. She is ruling the industry with her beautiful looks and has become one of the most stunning and ravishing-looking actresses in the industry. The actress is spotted wearing ethnic outfits most of the time and she just looks alluring in all her ethnic wear.

Jacqueline Fernandez looks absolutely stunning in all her ethnic outfits and she nailed the outfit by giving hot and sexy poses. The actress has also done several photo shoots in ethnic looks. She is also snapped wearing ethnic outfits for any wedding function look. The traditional looks of the actress are just fab. She has become a motivation for millions of people and shows us how to slay an outfit perfectly. We must take some tips from the actress on how to look beautiful and comfortable in an ethnic outfit. The diva is also seen wearing heavy jewelry on it and makes her look perfect. She has a fantastic collection of ethnic attire.

Check out some ethnic outfit looks of Jacqueline Fernandez and stay in space with IWMBuzz.com. 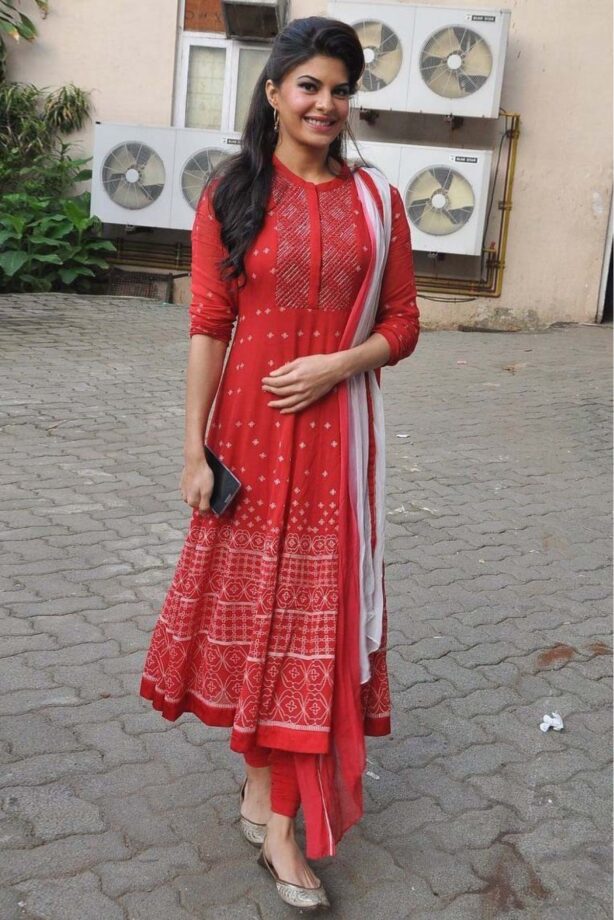 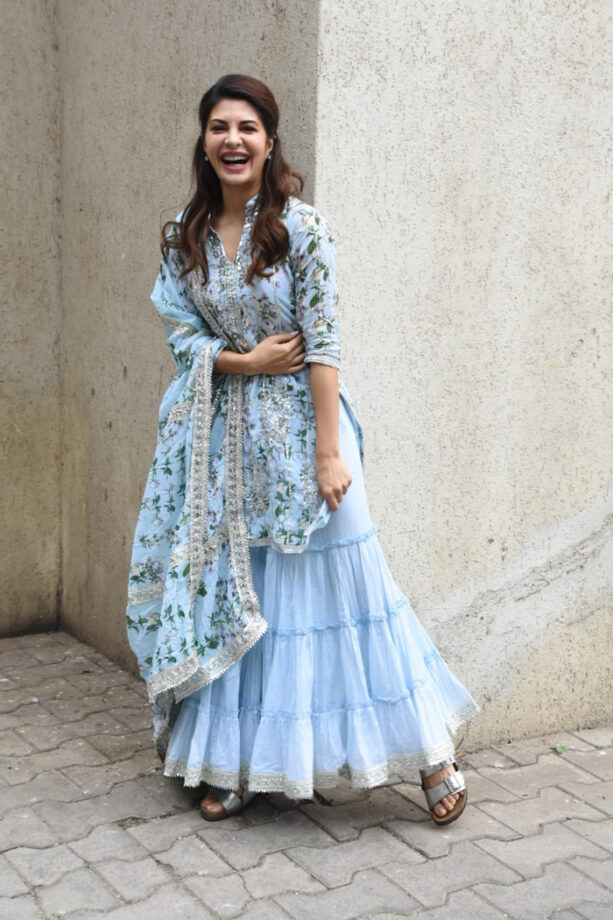 You're The Best: Pooja Hegde sends a special gift to Jacqueline Fernandez, what's inside the box?