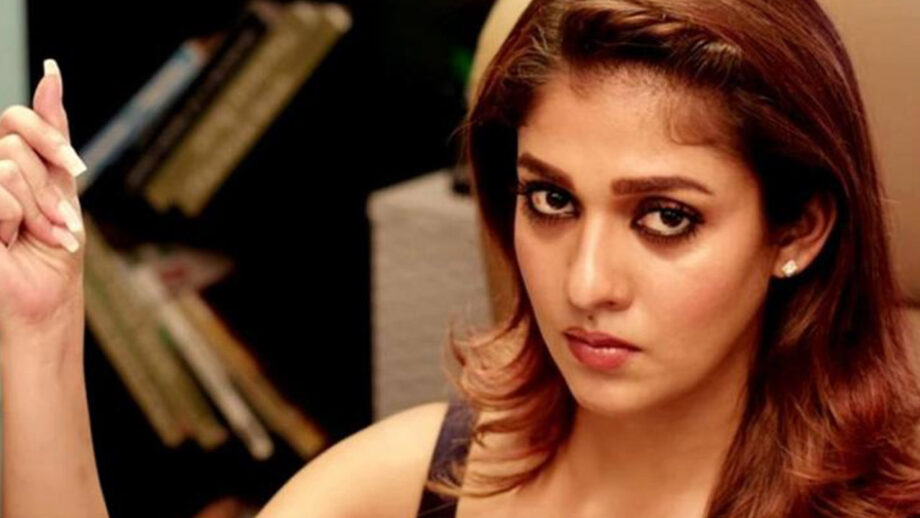 The beauty queen of Kollywood, Nayanthara will be the cynosure of all the eyes.

Whether it is to be the most loved celebrity or her brilliant performances in films, Nayanthara has made a mark in the fashion industry with her stunning style. Be it her modern looks in a gown or traditional looks in saree, she never fails to stun her fans. She was recently seen in the photoshoot of the magazine and looked nothing less than a diva.

The 33-year-old actress has spent more than a decade in the industry but still manages to steal the attention of fans with her katana looks. Someone said it right that she is the male version of Anil Kapoor. Those smoked eyes, highlighted cheeks, and the wild looks made her fans drool over her a million times.

Having us beat a boring day, Nayanthara is fabulous with her perfect glam. She loves to wear modern dresses with traditional tadka. She has worked with actors like Nagarjuna and has amazed everyone with her presence. Now when Nagarjuna is not in a mood of acting, Nayanthara still manages to make a great movie and also her fans love her a lot.

If she can act like a girl being a woman, then why can’t others be the same?

Style File: Trisha Krishnan, Nayanthara And Shriya Saran's most gorgeous pictures that will get you mesmerized

Nayanthara vs Anushka Shetty: Who looks hotter in pink off shoulder outfit?

Nayanthara Vs Pooja Hegde Vs Keerthy Suresh Vs Sai Pallavi: Who's Your Favorite Crush?