As you all know Nayanthara is a famous actress in the south film industry and people love her for her acting. She is the top actress in Kollywood. Her love affairs have always been in the news but she doesn’t care about it.

Her first controversial relationship was with actor Simbu. She started dating the actor at the start of her career. Their relationship lasted only for a few months but their photos of kissing were leaked on social media and that was the main reason for their breakup.

Second is Prabhudeva with whom she met on the sets of their film, Villu. And then they started dating and the news came up that they are going to tie the knot but the couple never agreed to this. Prabhudeva was already married to Latha and the controversy began when his wife was not ready to give divorce. Later on, Prabudeva and Latha got divorced and the case was solved. But in 2011 Nayanthara and Prabudeva got separated as the main reason was Prabudeva’s ignorance for taking their relationship to the next level.

It was difficult for Nayanthara to move on. She also said that if you love someone truly then your life becomes difficult when you get separated from that person.

Nayanthara is currently dating Vignesh Shivan who is a filmmaker. And they have expressed their love on social media. Their fans are excited to see them together and also eagerly waiting to know when they are going to get married. 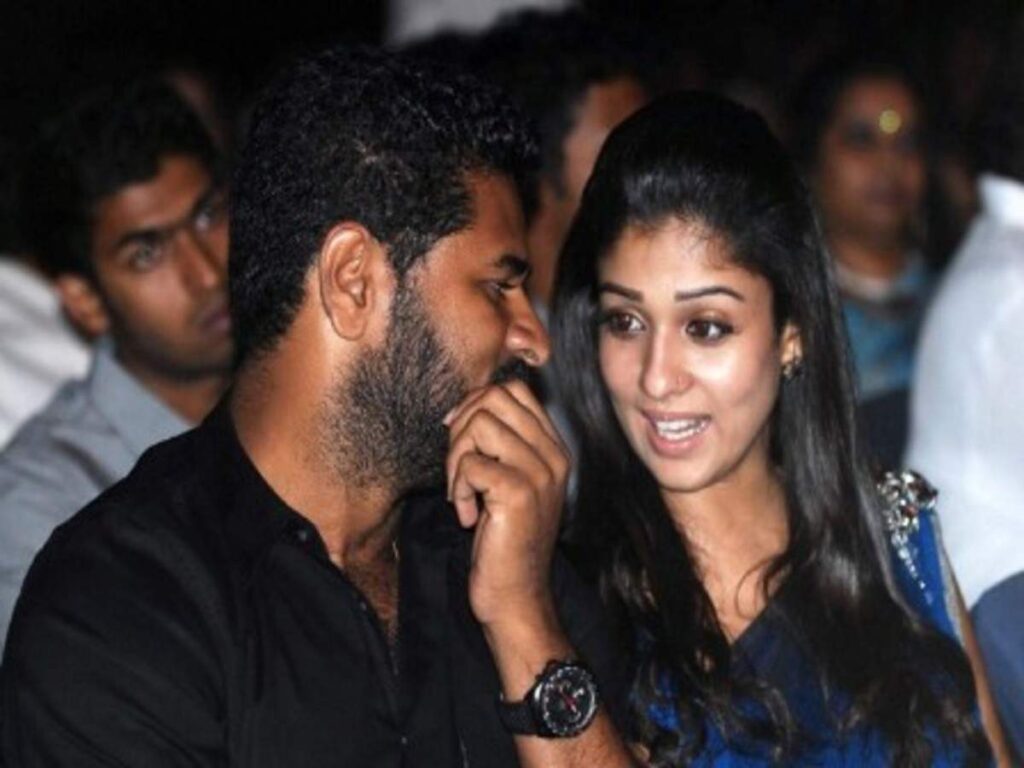