Anushka Shetty is an actress and model who works in the Telugu and Tamil film industry. She is also known as the lady superstar of South Indian cinema. She started her acting career by making a debut with the Telugu film ‘Super’ in 2005. She has done many films in Tollywood but got famous for her role in the Baahubali series and through which she received awards and became the highest-paid actress in South Indian cinema.

The actress looks beautiful in traditional outfits and most of the time the actress is seen in traditional outfits than western outfits. Anushka was looking sizzling hot in her black net saree with strip blouse on it and we just can’t take off eyes on her. She wore a black plain saree with beautiful and heavy border on it. She wore a heavy neckpiece and a maang tikka on it. She wore a red and golden border saree in which she was looking like a typical South Indian actress. She wore a red Kancheepuram saree and wore gold ornaments on it and garland in hair and was looking beautiful. She believes in looking perfect and that’s why she looks after each and everything, whether it is jewelry or blouse pattern or her hairstyle or her makeup. 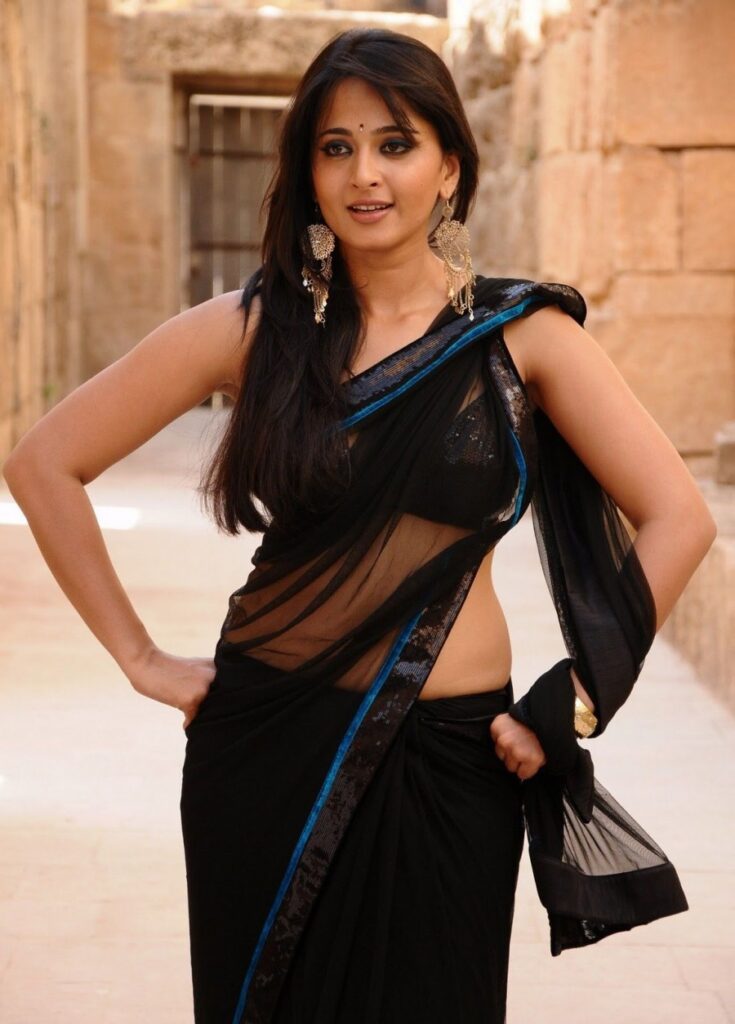