Have a Glimpse at the best hairstyles by the famous actor Suyash Tilak!!!

Suyash Tilak is a very famous Indian film actress and a television actor who is mainly known in the Marathi industry. The actor is known for his role as Jayram Khanokar in the Marathi movie Ka Re Drava.

Suyash tilak has been quite active on social media and keeps his status updated and posts daily and keeps his fans updated. The Marathi actor is known for his charming personality and acting talent. He has a sheer talent for acting and has been Marathi industry’s actor and been a vital part of every series.

He is seen experimenting with his hairstyle and has shown his fans some of his wildest looks with his best hairstyles.

Take a look at some of his best hairstyles!!!! 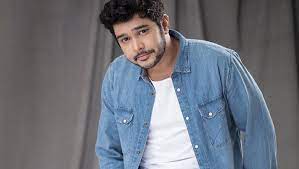 Also Read: Alicia Keys On How Meditation Can Help You Be A Better Mother: Tips On Meditation

Prajakta Mali Vs Sai Tamhankar: Who Dresses Their Best On The Sets Of...

These Stars Are The Highest Paid In Marathi Cinema: From Swapnil Joshi...

Pooja Sawant Melt Millions Of Hearts By Her Gym Looks

Attend A Summer Wedding with This Floral Saree of Priya Bapat