Nayanthara and her simple hairstyles The South Indian actress has amazed us with her acting skills and she is the most famous actress in the south. The actress looks gorgeous in all avatars. Let’s look at the amazing hairstyles of Nayanthara. Earlier the actress used to put simple braid but now the actress has started doing different hairstyles and she looks amazing in all hairstyles. Her hairstyles go perfect on all her outfits.

The actress looks super sexy in her curls and she was seen wearing jumkas on it and she was looking damn good. The actress also tries different varieties of braids such as the Messy one, the French braid, etc. The high ponytail also looks good on the actress and she looks beautiful in that hairstyle. Sometimes Nayanthara opts for the simple bun and she wears Gajra on it and she looks like a typical south Indian girl in that beautiful hairstyle. On saree, we have seen Nayanthara always goes for braid or keeps her hair open. The beautiful actress is also seen keeping her hair open by wearing a hairband and she looks simple and gorgeous in her hairstyle. 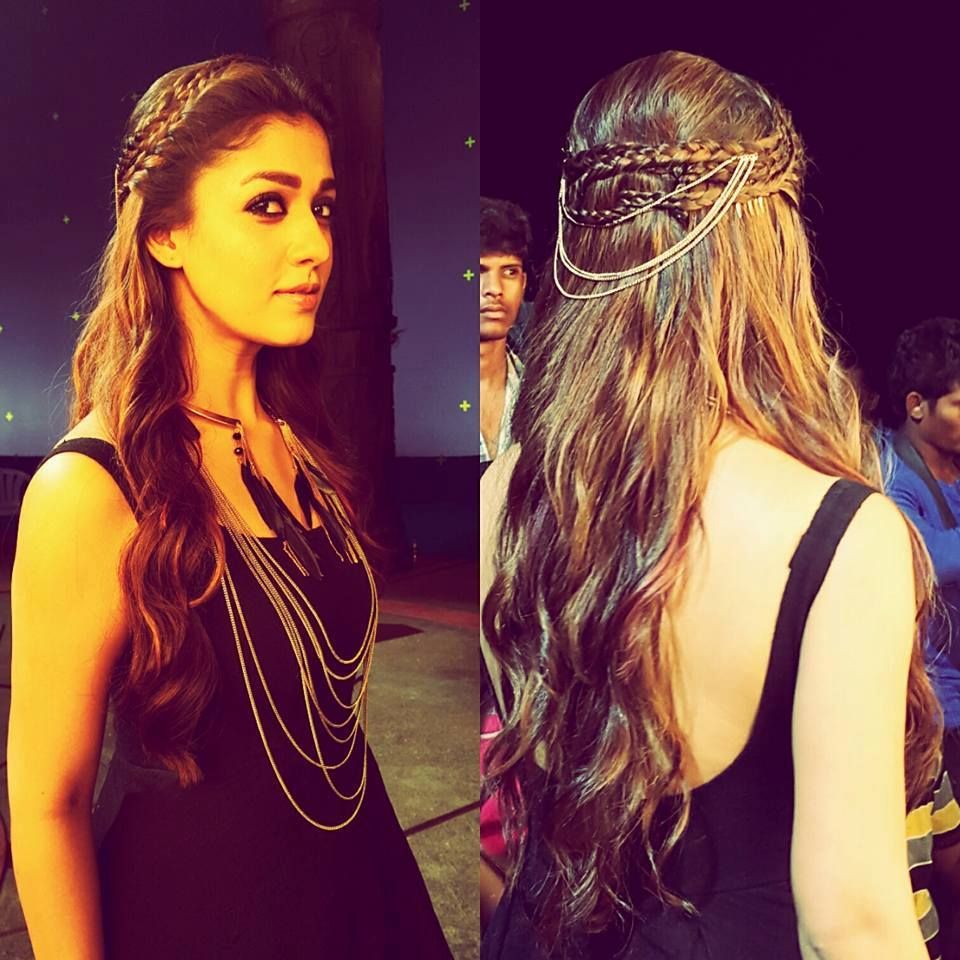