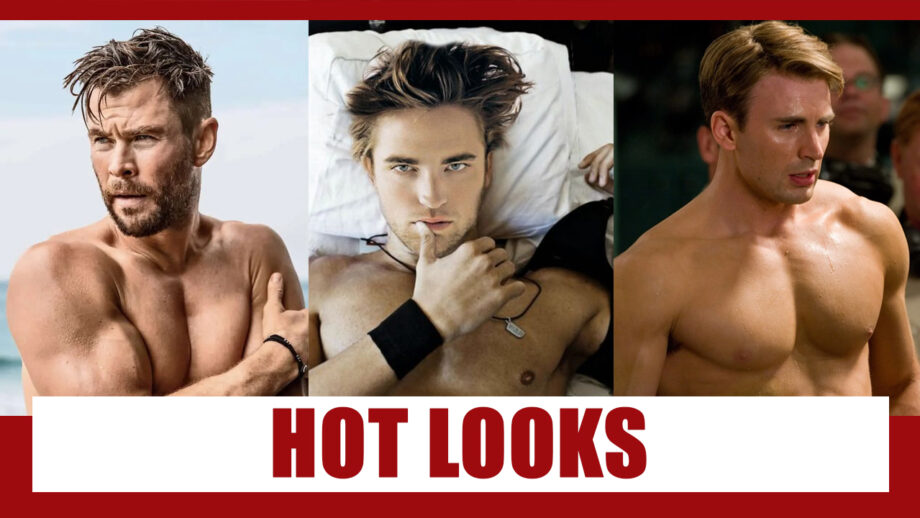 Our Hollywood macho men and actors have a great physique and they have hugely built bodies. The amazing part is that they put in extra efforts on their workout routine and diet plan to come up with the hot looks they have in terms of physique. We are now referring to the hot looks of Hollywood celebrities Chris Hemsworth, Robert Pattinson and Chris Evans.

Chris Hemsworth the Australian actor is well-known for his TV series Home and Away and the cinematic marvels of Star Trek, Snow White and the Huntsman etc.

Robert Pattinson the English actor who began his film career with Harry Potter and the Goblet of Fire is enormously good-looking. He has had a repertoire of good roles.

Chris Evans the American actor well-known for performances in Opposite Sex, The Perfect Score, Not Another Teen Movie etc has a style of his own.

Look at the hot pictures of the trio here and enjoy!! Selena Gomez Falls In Love With THIS Actor