Farhan Akhtar isn’t just a ‘Jack of all trades’. He has actually proved himself to be the master of all. Be it acting, direction or production, he is there at it all and is absolutely brilliant in everything he does. He recently shared a BTS (Behind the Scenes) glimpse on his social media where he had worn a mouthguard and the star captioned it as “Masoodon ka kavach ✅

After the superhit blockbuster biopic, Bhaag Milkha Bhaag, filmmaker Rakeysh Omprakash Mehra is now back with Farhan Akhtar, and this time Farhan will be seen as a boxing champion and Paresh Rawal will be his coach in the fictional sports drama film, Toofan.

After seeing the quirky picture posted by him, fans of Farhan Akhtar are excited to witness his role as a boxer. Even his friends from the industry, the likes of Zoya Akhtar, Shankar Mahadevan and cricketer Surya Kumar Yadav shared their hilarious responses, and all seem to have enjoyed the hilarious post. It is to be noted that Farhan’s last athlete film, ‘Bhaag Milkha Bhaag’ saw the actor delivering a magnificent performance that also went on to receive global recognition.

Farhan Akhtar shared a picture of him in his Instagram stories from the making of the film ‘Toofan’ and wrote below, “Toofaninthemaking”.

Have a look and do let us know how excited you are for this movie. Tell us in the comments section below. 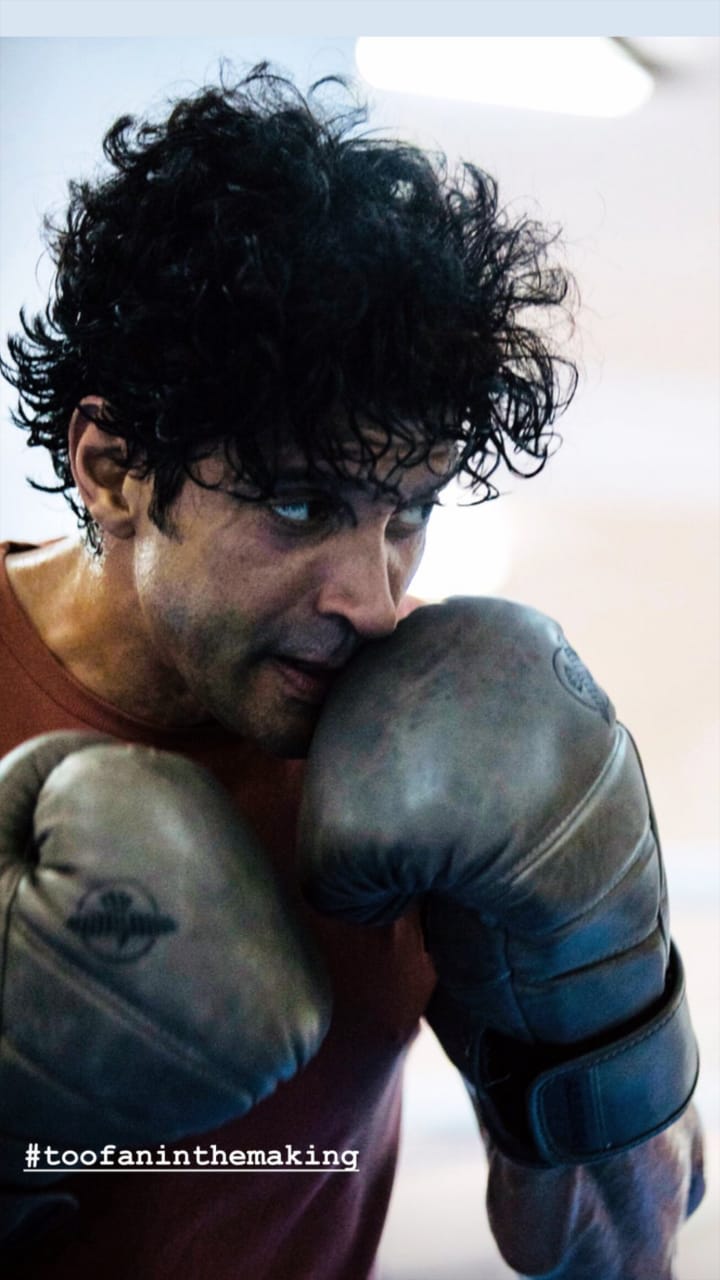