Who won the Bollywood race, Kamal Hassan or Rajinikanth? Kamal Hassan has worked in Telugu, Malayalam, Kannada, Hindi and Bengali films. He primarily works in Tamil cinema. He is an Indian film actor, dancer, film director, screenwriter, producer, and singer. His production company, Raaj Kamal Films International, has produced several of his films. He started his career as a child artist in a 1960 Tamil language film. He has won several awards for his acting and people love to watch him on screen. Hassan was awarded the Kalaimamani award in 1979, the Padma Shri in 1990 and the Padma Bhushan in 2014.

Rajinikanth (birth name – Shivaji Rao Gaekwad) is an Indian actor who works in Tamil cinema. He made his debut in the movie Apoorva Raagangal in 1975. He got married to Latha Rajinikanth in 1981. He has also appeared in movies of other nations, including that of the United States. He has achieved many awards for his films, mostly in Tamil cinema. He was honored with the Padma Bhushan in 2000 and the Padma Vibhushan in 2016 by the Government of India. He was selected as the Indian Entertainer of the year for 2007.

According to you, who do you think will win the Bollywood race, Kamal Hassan or Rajnikanth? Do let us know, and stay tuned to IWMbuzz.com 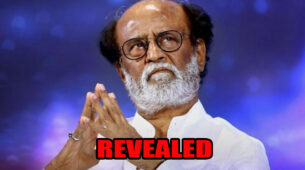 Revealed! Rajnikanth's Net Worth And Lifestyle Allu Arjun, Prabhas, Yash, Vijay Deverakonda: Which Actor Inspires You The Most?