Which movie are you most excited to see - Kartik Aaryan's Bhool Bhulaiyaa 2 VS Akshay Kumar's Laxmmi Bomb? Kartik Aaryan’s Bhool Bhulaiyaa 2 and Akshay Kumar’s Laxmmi Bomb, both movies are in making and will soon hit theatres for the viewers. These movies would be an entertainer as they have an amazing cast and interesting storyline.

Bhool Bhulaiyaa 2 is an upcoming comedy horror film, which is directed by Anees Bazmee and produced by Bhushan Kumar. It features Kartik Aaryan and Kiara Advani. The film is the sequel to the 2007 film Bhool Bhulaiyaa, starring Akshay Kumar and Vidya Balan. Bhool Bhulaiyaa 2 is set to be theatrically released on 31 July 2020. Fans are excited to watch this film as it is a horror and comedy movie.

On the other hand, Laxmmi Bomb is an upcoming 2020 film. Akshay Kumar plays a man possessed by the ghost of a transgender. It is the Hindi remake of the hit Tamil film series Kanchana, directed by and featuring Raghava Lawrence. Fans are excited to watch Akshay’s different avatar.

Which movie are you most excited to see? Comment below and let us know. 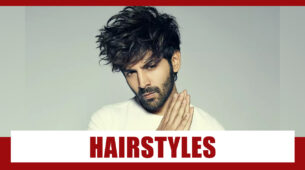