KGF 2 and all the latest news about the film. KGF 2 the drama film starring Yash in the larger-than-life role of Rocky Bhai was a runaway success in its first edition.

Now with KGF 2 expected, all eyes are on Yash and on the film!!

Truly, with the lockdown happening, there was a fear in the fans of Yash as to whether they will not get a theatrical release of the film. However, Yash reporting in media about him not going for an OTT release of KGF 2 was a blessing in disguise. The fans were finally relieved to see this.

Yes, it came as one big news when Yash declared that he will complete the shoot of the film and will give it a theatrical release.

The latest good news for the fans is that the team of KGF 2 started rolling with their work post the lockdown.

Now fans of Yash are waiting with bated breath over Yash starting his shoot. And the anticipation is big as Yash’s fight sequence with Sanjay Dutt is yet to be shot. Are you all excited about this? 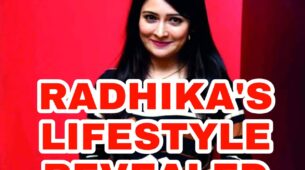