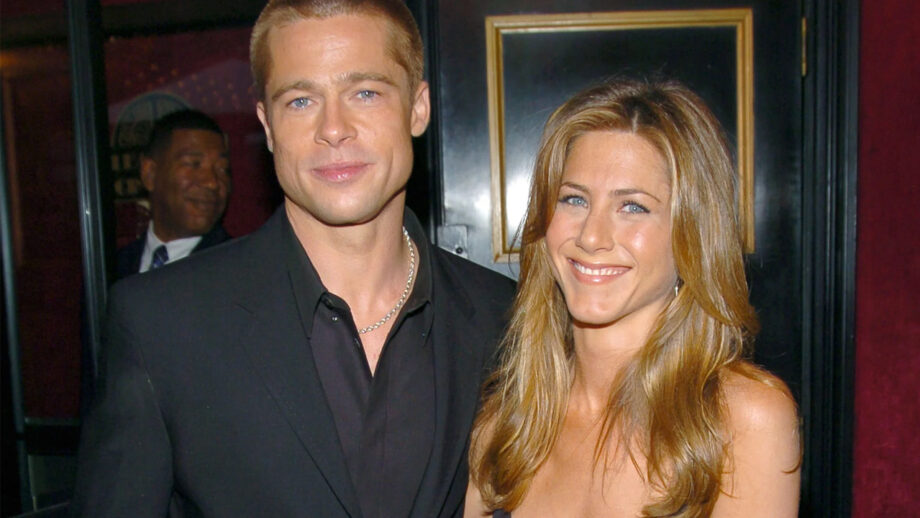 Hollywood has witnessed some amazing couples. Some fell in love on the sets, and some got together in the off-sets. The relationship between Jennifer Aniston and Brad Pitt were admired by many then. Brad was a talented actor, who had already dated a few actresses and models back then. But there was something different with the ‘F.R.I.E.N.D.S.’ actress, Jennifer Aniston. The couple never appeared on the screen together, except in the ninth episode of the eighth season “The One with the Rumor” of the American TV show named, ‘F.R.I.E.N.D.S’ in 2001.

However, Jennifer Aniston and Brad Pitt had already started dating in the year 1994. Jennifer revealed in an interview with Rolling Stone that their managers were friends, and they were the ones who arranged a blind date for them. Jennifer and Brad tied knots in July 2000. Everything was going fine till cracks came in their beautiful relationship when Brad Pitt met Angelina Jolie on the sets of Mr. and Mrs. Smith in 2004. In 2005 October, they finally got divorced.

Many fans guessed that it was due to Angelina Jolie, that Brad got separated from Jennifer Aniston. Several rumors came up but, later the former couple clarified the truth. As per E! News, Brad was having a boring life and he never blamed Jennifer for it. Jennifer clarified in several interviews that although the duo wasn’t together, they prayed for good things and well-being for each other. Even years later, Brad was seen with Jennifer too in award shows and at a Christmas celebration. He even called her a good friend of his.