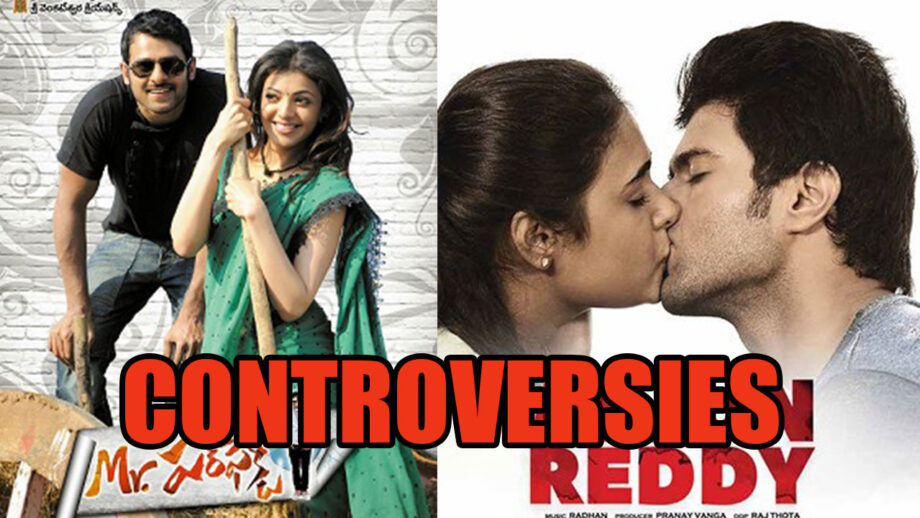 Tollywood films are the most loved films. Various Tollywood actors are famous and are loved for their acting skills. Mr. Perfect, Arjun Reddy, Duvvada Jagannadham are the most popular films and have become a superhit and have achieved several awards. Due to some issues, some movies faced controversies, and there was a buzz in the industry.

Mr. Perfect was released on 21 April 2011. The movie featured Prabhas, and this movie was a great success. This movie also played a crucial role in Prabhas’ career, and he got a lot of fame through this movie. After six years of this movie, a famous writer Shyamala Rani put allegation that the movie’s story is being copied from her novel Naa Manasu Korindi Ninne without her permission. Arjun Reddy got immense love, and the movie became the highest-grossing film in Tollywood. It featured Vijay Deverakonda and Shalini Pandey. For the film’s promotion, the film posters were put on the TSRTC buses, and the poster was of actor and actress lip lock kiss. The former MP V Hanumantha Rao saw this poster and got angry and uncomfortable. He tore the poster and removed it from the bus. There were debates and discussions on TV and in public too. Duvvada Jagannadham is also a popular film. There was some use of words in the song of the movie. Brahmins were sad by listening to the song, and they thought that the makers have made fun of Rudra Stotram. Later on, the controversy was stopped by Harish Shankar as he removed those words from the song. The above content is according to the media and sources.

Must read: Sports Jackets Vs Blazers – Which Hot Look Of Prabhas, Vijay Deverakonda, And Allu Arjun Is Your Favourite?