Who is richer among Ranbir Kapoor, Ranveer Singh, Kartik Aaryan? Ranbir Kapoor is an eminent actor in Bollywood. He looks handsome and has established himself as the highest-grossing actor in Bollywood. He had given several hit films and has become a favorite of all his fans. He is the star of Bollywood, and his fans enjoy his acting skills and he entertains them and makes them happy. He is an actor-producer in the film industry. His net worth is around Rs. 322 Crore INR.

Ranveer Singh is the most popular actor in Bollywood. He is successful in achieving millions of fans who follow him and shower their love on him. He is known for his unique fashion styles and slays the Bollywood with his killer looks. He is a fun-loving person who always entertains his fans and never disappoints them with his acting and fashion styles. The net worth of the actor is estimated at around $30 million. He is one of the highest-paid Indian actors.

Kartik Aaryan is the hottest and youngest actor in Bollywood. He is the most dynamic and dashing actor who always grabs our attention towards his sexy looks. He is the king of expressions and gives killer expressions. He got fame for his debut film Pyaar Ka Punchnama in 2011. The net worth of the actor is around Rs 30 crores.

Who is richer: Ranbir Kapoor, Ranveer Singh, Or Kartik Aaryan? Do let us know and stay tuned to IWMbuzz.com. 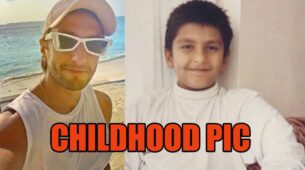