Who is the highest-paid actress in the South film industry: Sai Pallavi, Samantha Akkineni, Or Pooja Hegde? 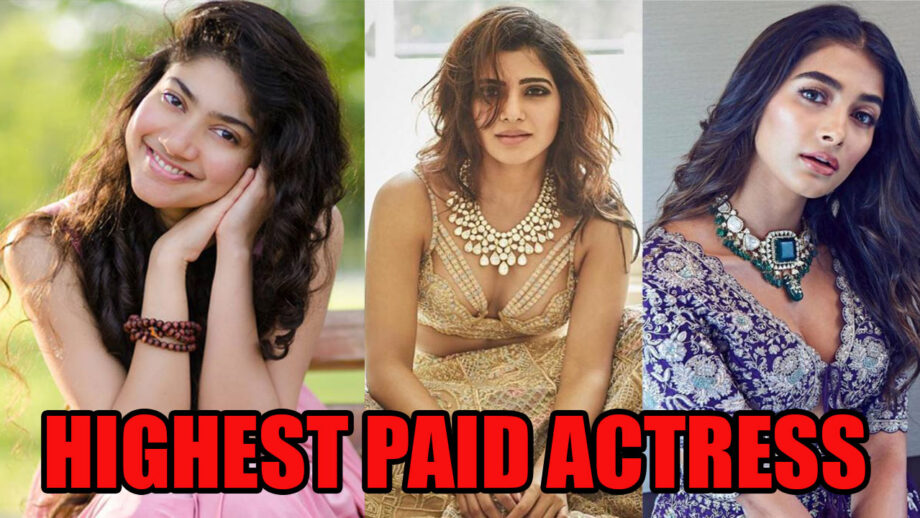 Sai Pallavi, Samantha Akkineni, and Pooja Hegde are the most talented and famous actresses in the South film industry. They are drooling the industry with their incredible acting. They have appeared in several films and look stunning. They have become the highest-paid actresses who earn a lot from their movies. They have also struggled hard to become successful and have become an inspiration to their fans. They are pretty much active on social media. They also have a huge fan following who just goes frenzy over them as these actresses look beautiful and are just amazing.

Sai Pallavi is a successful actress, and she is a doctor too and is known for her beautiful looks. The actress charges Rs 30 to 60 lakhs per film, and her net worth is estimated to around $ 2 million, as per media reports. Samantha Akkineni is a renowned actress who is always amazing to us with her creative skills. The actress earns two crores per movie, say media reports. She is a social worker, too, and is an owner of an NGO. The net worth of the actress is around 84 crore, as per reports. Pooja Hegde is popular in Bollywood and Tollywood too. She is the most loved actress and looks gorgeous. The net worth of the actress, as per media reports, is around $2.5 million.

Must read: How Sai Pallavi Became So POPULAR!

What do you think? Who is the highest-paid actress in the South film industry: Sai Pallavi, Samantha Akkineni, Or Pooja Hegde? Let us know and stay tuned to IWMBuzz.com.