Samantha Akkineni and Naga Chaitanya got married in 2017. The couple looks cute together and has become a favorite couple of the industry. Both of them have also starred in films, and their chemistry is just mindblowing. They have worked together in many films. The couple is successful in their careers and has appeared in several films and has achieved a lot of success and fame for their work in their movies. They are also known as the cutest and adorable couple in the industry.

According to the media reports, the net worth of the stylish and beautiful actress Samantha Akkineni is around Rs 84 crores and Naga Chaitanya’s net worth is Rs 38 crores. So the consolidated net worth of the couple is Rs 122 crores. Isn’t it shocking that the couple has achieved a lot in their career and is working hard to become more successful in their life? They are the topmost actors and are very popular in the Telugu film industry. They lived a luxurious life and also made their fans happy by entertaining them.

Must read: Samantha Akkineni And Pooja Hegde’s Mirror Selfies Are Too Cute To Miss 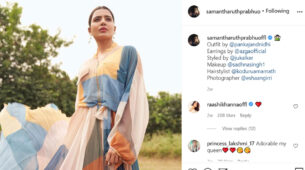 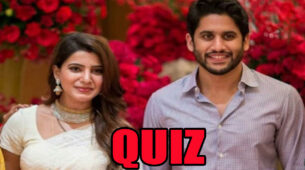 Answer These Questions: How Well Do You Know Samantha Akkineni And Naga Chaitanya?