The most beautiful and pretty actress, Sai Pallavi is a dancer too and has amazed us with her dance moves. She works in Tamil, Malayalam, and Telugu films. She is mainly known for her beautiful looks as the actress prefers to keep her look natural and is seen without makeup for several events and functions. She is a very skilled actress who has also received a degree in MBBS from Tbilisi State Medical University, Georgia in 2016. She made her appearance with Malayalam film Malar in 2015. Her supporters love her acting, and she has become popular in the industry. The actress is very simple and has inspired several people for her natural beauty looks.

Sai Pallavi is gearing up for her upcoming films and is super ready to achieve great success in her career. She is also the recipient of numerous awards. The actress is single and is currently focusing on her career to become successful and achieve more prosperity. Till now, the actress has not informed anything about her relationship status, but according to media, she is single. She is working hard and also motivates her fans to achieve what they dream. The actress’s fashion game is simple, yet she looks mindblowing and has become popular. 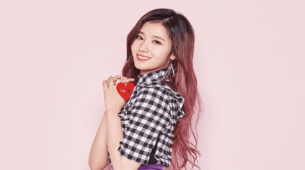