Yash and Vijay Deverakonda are popular names in the south industry. The two stars are youth sensation and deserve to be in Bollywood movies too.

Despite being an outsider, KGF star Yash worked his way into the Kannada film industry and found glory. The reigning superstar isn’t restricted to only acting as he grooms budding writers into directors and partakes in every discussion including fights, dance and music. His rag-to-rich journey from a middle-class boy to Sandalwood’s ‘Rocking Star’ is quite inspirational for many to dream big and achieve no matter what the consequences. His acting talent truly deserves a chance in Bollywood.

On the other hand, Vijay Deverakonda is also a famous and popular actor in Tollywood. He is loved by millions of people and they go gaga over him for his killer looks. The star is a hit in Bollywood and now he definitely deserves to be part of Bollywood film.

Which actor do you think deserves a Bollywood debut? Comment below and let us know! 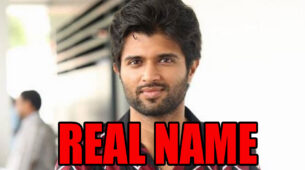