Did Jungkook and Lisa recently go out together?

When it comes to the world of K-pop, it’s no hidden secret that the BTS boyband led by the one and only Jeon Jungkook and Blackpink girls are two of the biggest phenomenons. Both the bands have worked exceptionally hard to be where they are today and what started off as a journey in South Korea has now ensured that the fandom and popularity spreads all over the world.

Talking about mutual respect and work, the Blackpink girls and BTS have a great sense of mutual respect and bonding and fans love every bit of it. It’s no hidden secret that Jungkook and Blackpink’s Lisa are very close friends as well and have often been spotted earlier together too. But hey, did they recently go out together?

Well readers, there’s no truth in it whatsoever. We request you not to believe in baseless rumors. For more updates, stay tuned to IWMBuzz.com 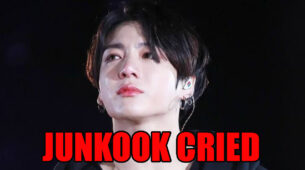