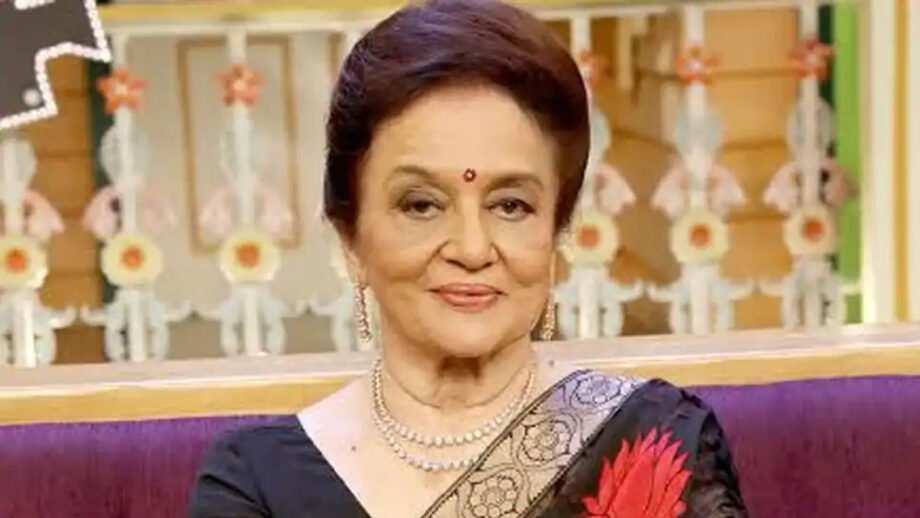 In her heydays Asha Parekh was known as the ‘hit girl’ Her name figured in as many as 25 golden and silver jubilee hits during the 1960s and early 70s: Love In Tokyo, Phir Wohi Dil Laya Hoon, Mere Sanam, Teesri Manzil, Aaaye Din Baahar Ke, Aaya Saawan Jhoom Ke, Aan Milo Sajna, etc etc. But most of these featured her in light frothy ebullient roles typified more by the voice of Asha Bhosle than Lata Mangeshkar. The turnover happened fairly late in her career with Chirag and understandably it figures in her personal favourite performances

1. Chirag(1969): “Director Raj Khosla always reposed a great deal of faith in my talent. He gave me three of my best roles in Do Badan, Chirag and Main Tulsi Tere Aangan Ki. In Chiragh I made a 360-degree turn-around from being frothy to tragic. Everything that could possibly go wrong with a woman happened to me in the film. I enjoyed working with Sunil Dutt. Dutt Saab and I worked together earlier in Chhaya. He did more films with my friend Waheeda Rehman and with Nutanji than with me. But Chiragh was special. I was a blind wife. He was a devoted husband.We got to sing one of Madan Mohan’s greatest Ghazals Teri aankhon ke siva duniya mein kya rakha hai.”

2. Bharosa(1963): “This is the only film I got to do with Guru Dutt .And hence special. I played a strong albeit uneducated woman who rescues her weak husband from the evil clutches of his legal heir. My character had shades of what Madhuri Dixit played in Beta. I had a beautiful solo by Lataji Woh dil kahan se laaoon teri yaad jo bhulaye.There were sobs in the theatres when I came on screen to sing it.”

3. Baharon Ke Sapne(1967): “Nasir Hussan Saab’s production house was like home to me. I was in most of their films until the 1970s. Caravan was my last superhit with Nasir Hussain Productions. Baharon Ke Sapne was special. At a time when I was playing mostly glamorous citified roles I was cast as a simple makeup-less girl opposite the then-newcomer Rajesh Khanna who was quiet, intense and aloof even then. I sang some of my career’s best songs in this film: Aaja piya tohe pyar doon, Kya Janoon sajan, Oh morey sajna oh more balma, Chunri sambaal gori. Rajesh Khanna and I did two superhit films later Aan Milo Sajna and Kati Patang. But this one remains one of my favourites.”

4. Kati Patang(1971): “Shakti Samantaji was a very good director. His favourite heroine was Sharmila Tagore. I think she said no to this film .She didn’t want to play a widow. I grabbed the chance to go de-glam. The film addressed a serious issue: widow remarriage, and I enjoyed playing the central character at a time Rajesh Khanna was the biggest superstar. He never feared doing heroine-oriented films.Come to think of it, all my heroes Shammi Kapoor, Shashi Kapoor, Sunil Dutt, Biswajeet, Joy Mukherjee, Dharmendra and Rajesh Khanna were easy to work with. This time the tables were turned since we did Baharon Ke Sapne. Rajesh had all the hit songs. But I had Lataji’s Na koi umang hai na koi tarang hai. Aaj bhi sunti hoon to dil bhar jaata hai(even today when I hear it my heart brims over).”

5. Main Tulsi Tere Aangan Ki(1978): “Like I said Raj Khosla gave me some of my career’s best roles. Here as the Other Woman in my co-star Vijay Anand’s life I was just there for the first 20 minutes. Nutanji was the wife. I never expected I would get so much attention and so many awards for that role, it was almost a guest appearance. Lataji’s title song which was filmed on me became an all-time classic. I was lucky to get so many beautiful evergreen songs by both Lataji and Ashaji.Ashaji sang most of my songs in breezy romantic musicals, my favourite being Jaaiye aap kahan jayenge from Mere Sanam.