Check out these amazing gym wear looks of Selena Gomez! 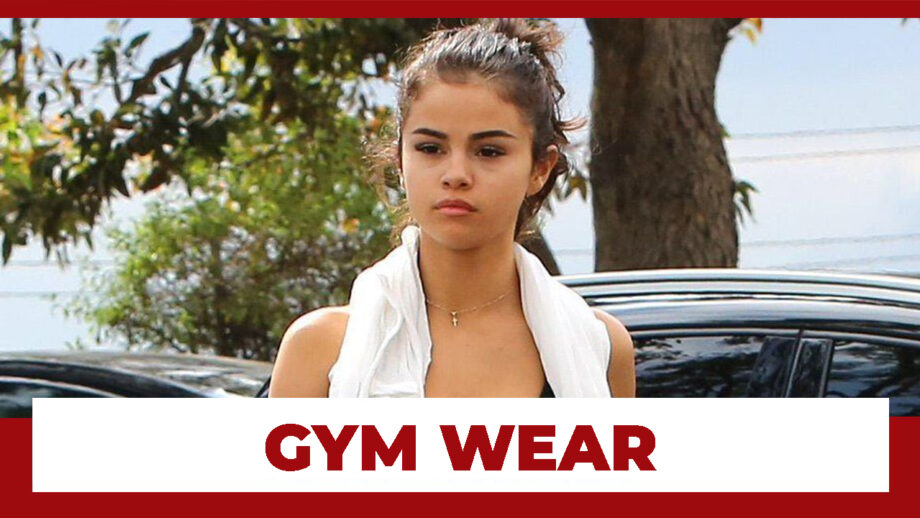 The famous American pop singer, lyricist, and actress, Selena Gomez has gained huge popularity over the ages. She is now one of the leading faces of the global English music industry. Even before becoming a singer, Selena Gomez began her career as an actress. She received a lot of love and popularity from her fans after she appeared in the super hit TV show on ‘Disney’, named ‘Wizards Of Waverly Palace’, during her teenage days. Selena Gomez has got a lot of fame and support. She has emerged rapidly to be one of the top singers in the music industry.

Selena Gomez looks absolutely stunning in every kind of outfit. She has inspired many not only with her songs but also with her style. Apart from being a pop sensation, she has also become a massive fashion sensation in the global market. Almost everyone is fond of her fashion and styling skills. Be it any occasion – party or streets, the singer has nailed it everywhere. Selena Gomez has got a magnificent collection of outfits for every situation. She looks amazing in her gym wear. Selena has been often spotted in the gym wear, on the way to her gym. Other than that, she has also attended photoshoots wearing gym attire. Her gym wear looks are definitely going to melt your heart. Here we have got some of the stunning looks of Selena Gomez in the gym wear. Have a look at them!

Been working hard on a new collection with my @PUMA fam. Launches today ✈️ #SGxPUMA

Striking a pose in the new @puma Defy Mid. #DoYou