In 2019, two songs literally caught the nation’s frenzy. Both were T-Series tracks and both were sung by the same singer. While Leja Re got immense love and appreciation, Vaaste climbed the charts and remained at the top spot for months. In fact, with over 650 million hits and 5 million-plus likes, which in itself is a record, the Dhvani Bhanushali number was a sure shot winner. She also turned out to be the youngest singer to hit the billion mark in a year with her songs. And it’s just been 10 days into 2020 and Dhvani has her next blockbuster track ready!

Her new music single Na Ja Tu releases today, and the soft number is a break-up track, albeit with a different story and an unexpected ending. Check out the song below –

Regarding the song, Dhvani says, and we quote-

“After Vaaste, I was really excited to give Na Ja Tu to all of you. It is my New Year welcome gift to everyone who showered love on me and my music since the beginning. The song is not just about heartbreak, but mainly a story about how important it is to follow your dream and passion. A big thank you to the entire team behind making the video and Tanishk for creating this track for me.”

Na Ja Tu released today and Dhvani will be performing the song live for the very first time at the Guuravvanta Gujarati Awards in Ahmedabad. For more such updates, stay tuned to IWMBuzz.com 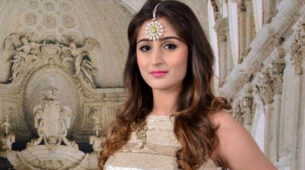 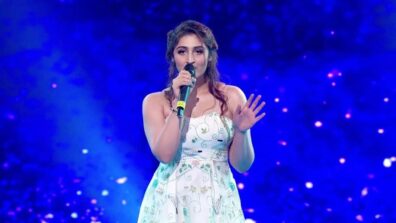 Dance All Night To These Party Numbers From Dhvani Bhanushali! These Dhvani Bhanushali's Songs Will Instantly get you out of Stress