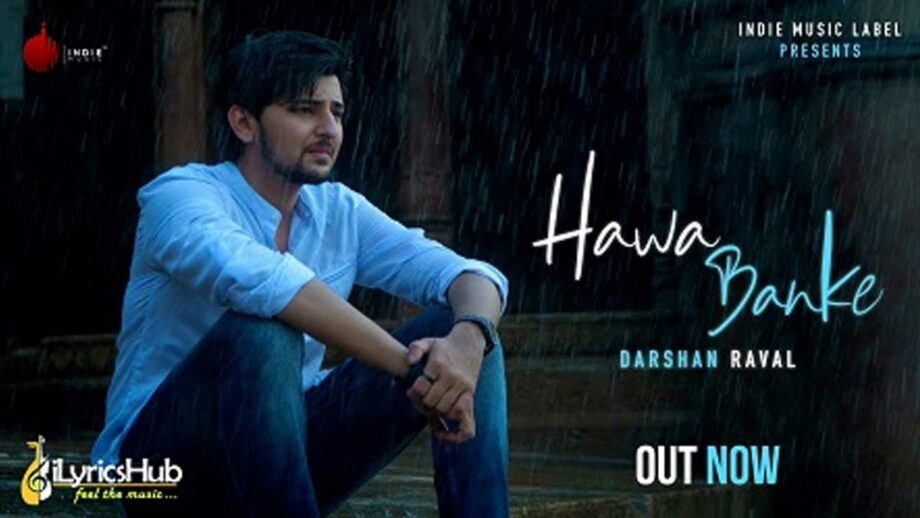 Besides TV and singles, Darshan has also sung the title track of the STAR Plus show, Phir Bhi Na Maane…Badtameez Dil (TV series), and one of the songs of the recent web series, Four More Shots Please.

He first came to prominence as a contestant on the Indian reality show, India’s Raw Star. Although he received most votes throughout the season, he emerged as the 1st runner up.

Later, he came to be known for his performances in Bollywood.

His First Indie Song during India’s Raw Star is Meri Pehli Mohabbat and he gained popularity after his beautiful and heart-touching single, Tera Zikr, which has gained 141 million views on YouTube.

Chogada and Kamariya, the popular Bollywood numbers, are superhits, also sung by this young talented guy.

And he tweeted about his new song on Twitter, where he wrote “Hawa Banke Aab Aap Sabka Hai! The song is out now.”

We loved the new song by Darshan Raval and we have the song linked below.

Have a look at the video and do let us know how you liked it.

For more updates and news, watch this space and do-follow IWMBuzz.com

Darshan Raval VS Tony Kakkar: The king of melody

What makes Kishore Kumar a legendary musician? Let’s find out

Tony Kakkar Vs Guru Randhawa: Battle of the voices