Nora Fatehi is exceptionally talented and knows many forms of dance. She knows belly dancing, pop dancing and Bollywood freestyle. She has worked not only in Bollywood but has also made her mark in south Indian movies. She made her debut in the south with the movie Roar: Tiger of the Sundarbans. She has worked in many Malayalam and Telugu movies.

She became popular after doing item numbers in movies like Kick 2, Bahubali, etc. She also appeared on a television show.

Vicky Kaushal is the popular actor of Bollywood. He has acted in many Hindi films. Son of the action director, Shyam Kaushal, Vicky Kaushal is an absolute favorite among the women in India. He has become a reigning heartthrob in no time.

Nora Fatehi and Vicky Kaushal are coming together for the first time to star as passionate lovers in a romantic song by Arijit Singh. Titled Pachtaoge, the Bhushan Kumar-produced music video has been shot in Shimla in June.
Today Box Office tweeted a romantic picture of Nora Fatehi and Vicky Kaushal and wrote “#BOCapsule @Norafatehi & @vickykaushal09 To Come Together For a Romantic Number #Pachtaoge #VickyKaushal #NoraFatehi”

Below is the tweet. Have a look and do let us know if you are excited enough for their new song.

For more news and updates, keep watching this space and follow IWMBuzz.com 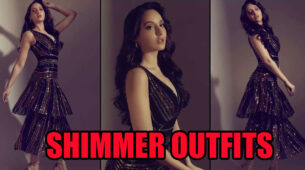