Check out how Justin Bieber is enjoying his self-quarantine days by doing some innovative and impressive workouts! The Canadian pop singer and songwriter, Justin Bieber is one of the best music selling artist of Hollywood. He has recently dropped his new album Intentions (2020), with some great singles. The star is ruling the music industry with his songs. Besides his music career, Justin has been spotted playing hockey and working out. But, currently, due to the outbreak of the pandemic, it has made all the stars getting locked at home, including him.

Justin is a great fitness freak. He has been seen hitting the gyms and working out from a very young age. The singer has got tattoos on his sexy abs, which has driven several girls crazy. From push-ups to lifting weights, he has been seen doing all kinds of workout. But because of the quarantine, he can hit the gym now. But that doesn’t stop him from working out. He has been seen posting stories on Instagram, riding an electric bike and doing push-ups. He has also posted some moments with his beloved Hailey Bieber, where he was seen grooving with her.

Recently he did an obstacle course with chairs, skateboards, and foam rollers by pretending “the floor is lava.” Although the star failed in the end, it was entertaining to see him having fun at home and doing something impressive.

THE FLOOR IS LAVA 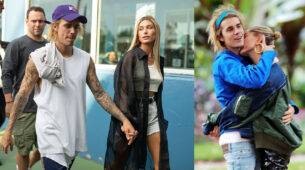 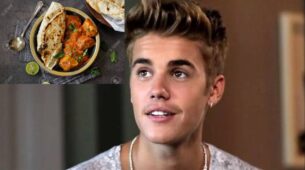