See these photos of Justin Bieber in his stunning black look! The pop sensation, Justin Bieber, is one of the singers and songwriters of Hollywood. He has received worldwide recognition at a very young age after he released Baby (2009). The star has emerged rapidly over the past decade. The Canadian singer has got a number of big Hollywood hits from Intentions (2020) and Yummy (2020). Justin Bieber has got a huge fan base who are just crazy about him, and his songs. His songs mostly belong to hip hop, R&B, and pop genres. In fact, Justin has also got several prestigious awards and made records with his amazing musical tracks. But music is not all Justin has impressed his fans with.

Also read: Justin Bieber And His Stylish Looks In White

Justin Bieber is regarded as one of the coolest music artists in the world. He has been seen in a lot of cool outfits. Although he has been seen to wear comfy and casual attires a lot of times. But at the same time, he has also been seen in classy formal looks too. All the shades suit the chocolate boy, Justin Bieber but black makes him look sexy. He has impressed many with his stunning looks. Justin has been seen wearing black a lot of times on different occasions, from red-carpets to streets. He has nailed it every time.

Here we have got the pictures of Justin Bieber in his black attires till the date. Have a look at these stunning pictures of the handsome guy! 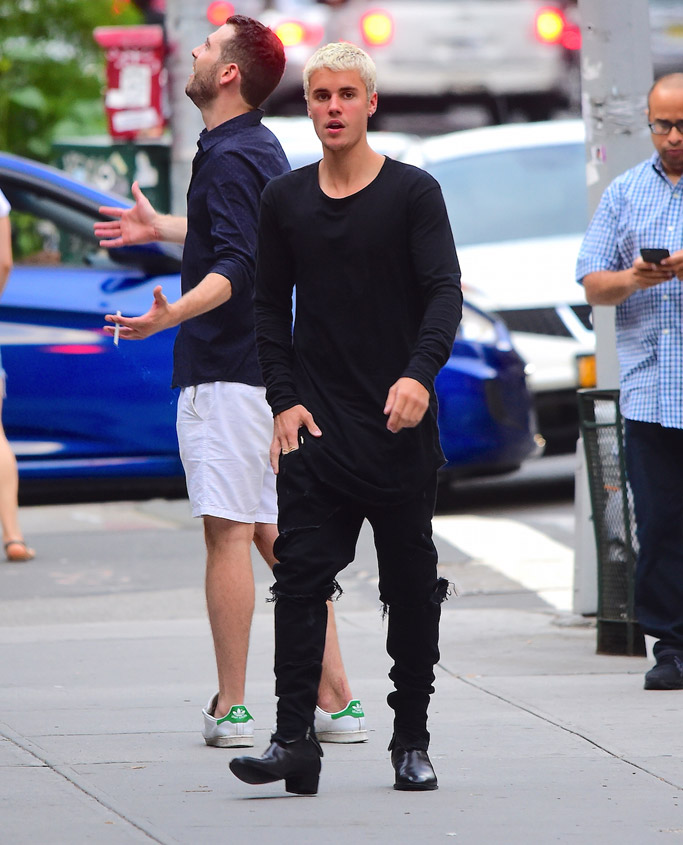 Need A Lehenga Collection: Have A Look At Saina Nehwal's Wardrobe When Justin Bieber's Wife Hailey Baldwin Was TROLLED For THIS Reason