Rahul Dev Burman is popularly known as RD Burman, known for his revolutionary music in the Bollywood music industry. He brought the rock and jazz great electronic music in the industry. He is also the son of popular legendary composer S D Burman. R D Burman gave us one of the most loved music compositions in Hindi and Bengali, from which many are considered to be timeless classics.

Bachke Rehna Re Baba is one such hit by R D Burman. The song was a significant hit for the 1983 film Pukar, starring Amitabh Bachchan, Randhir Kapoor, Zeenat Aman, and Tina Munim. The 6 minutes full of energy and bliss was one of the most amazing songs directed by RD Burman. Listening to this track will surely get you on your feet.

Yamma Yamma was the track sung by Mohammed Rafi and R D Burman for 1980 film Shaan. This was preferably the last song by Mohammed Rafi. The movie was a hit because of its high peppy number—also the only song sung together by Rafi Saheb and RD Burman. The track was a rehearsed copy sung by Rafi before his sudden death. But surely with RD Burman and his magical composition, the song turned to be a significant hit.

Which is your favorite RD Burman composition that rocked your playlist? Bachke Rehna Re Baba or Yamma Yamma. Vote Now. 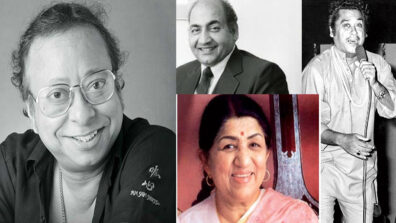 Everything you should know about Prince musician, RD Burman