Facts about GOT7 that will make you feel closer to them!! GOT7 the South Korean boy band is famous for its singing prowess, the style of execution in music and the aura that the group creates. The members of the group include JB, Mark, Jackson, Jinyoung, Youngjae, BamBam and Yugyeom.

We would like to mention a few facts about the group and band.

Do you know that Mark is the oldest in the group while Yugyeom is the youngest?

Do you know that GOT7 introduced the speciality of martial art tricking in their songs and dance?

GOT7’s first album was released on November 2014 with the title Identity. Its main track Stop Stop It was a superhit soon.

GOT7 members also indulge in showing their other skills on stage through the variety show ! GOT7.

Did you know these facts?

Also read, 5 GOT7 songs that will get you high 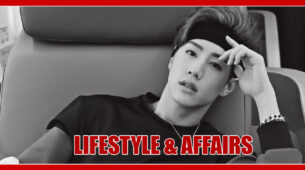 GOT7's Net Worth 2020 Will Surely Leave You Stunned GOT7 VS ITZY: Band of Your Choice for A Destination Wedding! What’s Common Between EXO And GOT7?