The dating life and lifestyle of Sehun revealed Sehun is a part of the South Korean-Chinese group Exo. He is not just a singer but also a songwriter, rapper, model, dancer, and actor. He established himself as an actor for television drama Secret Queen Makers and Dokgo Rewind.

At the age of 12, when Sehun was hanging out with his friends, he was scouted by SM Entertainment and had to be chased for 30 minutes. After four auditions in 2 years, he was finally introduced as the fifth Exo member with a debut Mama in 2012. He has not just limited to singing but also made numerous television series and also serves as a spokesperson for the brand Dr. Jarl’s. He has managed to get the highest sales in China, selling 20 thousand pieces in just 9 minutes.

Sheun has been to numerous fashion shows and also has done brand endorsement for several brands like Louis Vuitton, Dior, and many others. When it comes to relationships, currently, Sheun is single and focused on his career. Though earlier, he has had a year-long relationship but presently, there’s no one.

From the boy band Exo, who is your favorite member? Tell us in the comments your beloved song by the band and stay updated on IWMBuzz.com 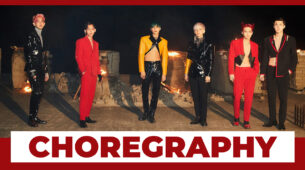