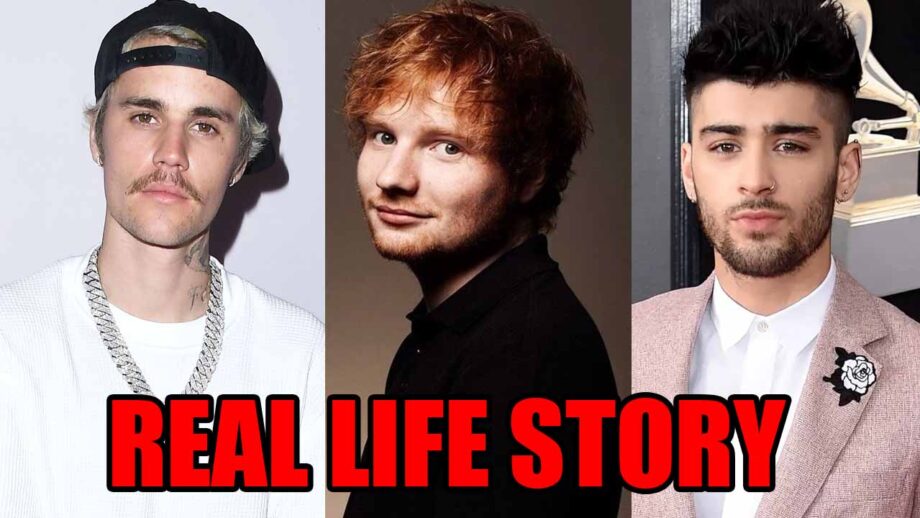 Justin was born on March 1, 1994, in London, Ontario, at St Joseph’s Hospital, and was raised in Stratford, Ontario.

He is the only child of Jeremy Jack Bieber and Pattie Mallette, who were never married. Mallette was underage when she gave birth, and her mother Diane and stepfather Bruce helped her raise her son.

Justin Bieber and Selena Gomez were one of the most celebrated and loved celebrity couples. Fans came up with a combined name for these two as Jelena and they couldn’t get enough of this couple. However, they had a breakup and later Justin married Hailey Baldwin.

On the other hand, Ed Sheeran was born in February 1991 in Halifax, England. He had one older brother and his parents were running an art consultancy at the time. He began writing his own songs at high school and was accepted at the National Youth Theatre as a teenager. He moved from place to place after dropping out of school at age 16.

Unsurprisingly, music runs in Ed’s family – he has an older brother named Matthew, who works as a classical composer.

Whereas Zayn Malik is recognized for his masterpiece work in the music field. A recipient of several rewards like the American Music Award, Billboard Music Award, etc. Zayn nicknamed as Bradford Bad Boy, Dj Malik was born on 12 January in 1993. He was born in Bradford, England.