Let's get familiar with the musical family of Armaan Malik Armaan Malik is a well-known singer, actor, and songwriter. He has a huge fan base with people going crazy for him; undoubtedly, his voice is lovely. There is no surprise as to whose footsteps he followed and entered the music industry. His musical training began since he was a kid, as his half of the family belongs to musical roots.

Armaan Malik’s parents are Daboo Malik, music director, and Jyothi Malik. Another famous family member is his uncle Anu Malik, music director and not to forget his other uncle Abu Malik who himself is a film score composer. With his father and uncles being in music production, his very own brother Amaal Malik is also a music director.

Armaan Malik and Amaal Malik together have worked for several spectacular pieces of music. Their musical roots trace back to their grandfather, who was also a well known and established music composer, Sardar Malik. And their great uncle Hasrat Jaipuri was a lyricist.

Armaan Malik made his debut for the film Bhoothnath, Mera Buddy, alongside Amitabh Bachchan. His musical training commenced at the age of 4. He indeed was a significant recognition and is an appreciated singer in the music industry. He also has become a youth icon. 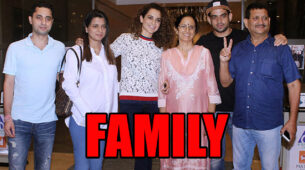