Check out the per concert earning and net worth of BTS! 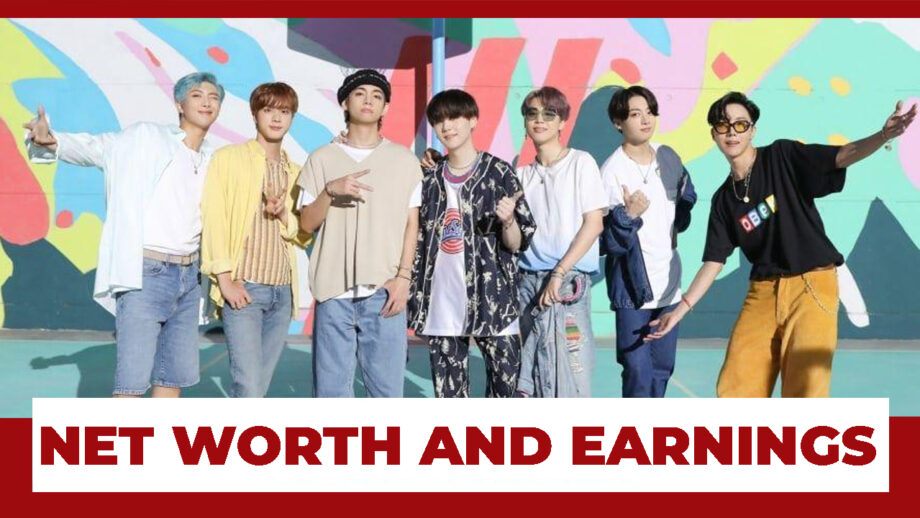 The renowned South Korean music boy band, BTS is also known as the Bangtan Boys. The K-pop boy band is a seven-member South Korean boy band that was formed in the year 2010 and officially made its debut in 2013 under Big Hit Entertainment. The brilliant BTS gang comprises some great set of music artists like RM, Jin, Suga, J-Hope, Jimin, V, and Jungkook, who co-writes and co-produces most of their own output songs. BTS mostly has his songs to the hip-hop genre but have also got songs from all kinds of genres. BTS has not only made its name in South Korea but has also expanded to others.

BTS has been seen collaborating with several other music artists as well like Halsey, Nicki Minaj, and many more. In fact, they have been praised by many other top singers all around the world for their amazing talent and success. No wonder why they have got a huge fan base all around the world. As per Forbes reports, BTS was regarded to be the highest-paid K-pop band, with an earning of $57 million in pre-tax income, as dated back in 2018. In fact, they still are at the top. They are having a net worth $3.6 billion to South Korea’s economy and will grow up to $37 billion over the next upcoming 10 years according to the Hyundai Research Institute. Dated back in 2016, BTS had their booking fees in the US as $500,000-$1,000,000 as per celebrity booking agency CTI.