Neha Or Tulsi who is the ultimate Nightingale? The dimple girl without any doubts can be called Chota Packet Bada Dhamaka. Neha Kakkar known for her cute smile is an Indian playback singer known for her songs, Sunny Sunny from Yaariyan, London Thumakda from Queen, Dilbar from Satyamev Jayate are to name a few. She is full of glory with her angelic voice. Her vocals will take all the listeners on an enchanting melodious tour while listening to her songs. Won’t it be deserving of all to title her the next Nightingale of the industry?

Tulsi Kumar, daughter of Gulshan Kumar and Sudesh Kumari Dua is one of the amazing voices that the industry has got. She started her career as a singer for the film Chup Chup Ke singing Shabe Firaaq. Well her shining days commenced only after voicing Tum Jo Aaye Zindagi Mein for the motion picture Once Upon A Time In Mumbai (2010). Not just singing, but topping on the cake is that she runs the T-Series stage works Academy with her sister and husband. She has sung songs like Tere Jaisa, Humko Pyar Hua, Hum Mar Jayenge, Wajah Tum Ho are few of her many songs.

One of the best singers of Bollywood, she gained such success in less time…Isn’t she a Nightingale?

Neha or Tulsi – Who is your Nightingale of the present? How Neha Kakkar Spends Time In LOCKDOWN With TikTok Videos! 6 Neha Kakkar's Songs to Believe You're In Love 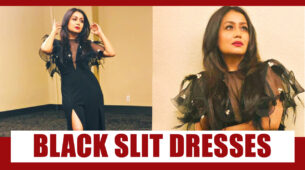