Check out these oversized outfits by Selena Gomez and try them out! 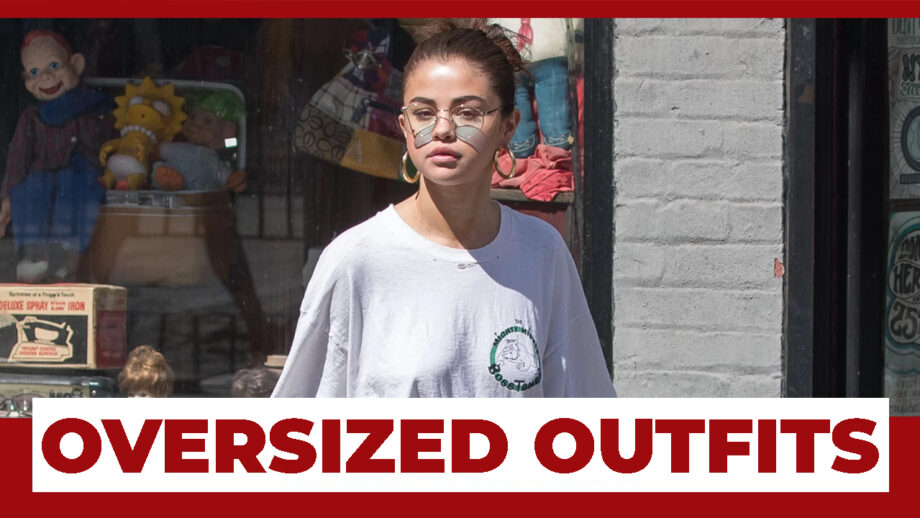 The Hollywood pop singer and actress, Selena Gomez, has turned into one of the major fashion icons of Hollywood. She started her career as an actress and appeared in several TV shows and movies. Selena Gomez appeared in a few of the TV shows and movies, but later she shifted to her music career in Hollywood. She has released one after another hits like Stars Dance (2013), Revival (2015), and Rare (2020). Selena Gomez has a huge amount of love and support from her fans. Her journey from an actress to a fashion icon has been really amusing.

Selena Gomez is well-known for her fashion experiments. She has often been seen trying out new styles and bringing up new fashion trends in the market. Selena Gomez has got a number of amazing fashionable looks over the decade. Be it party wear or a casual one, she has nailed in all of them. She has also been spotted wearing super cool and comfy oversized outfits a lot of time. Be it an oversized hoodie or an oversized t-shirt. Selena Gomez’s oversized looks are no doubt adorable and cool at the same time.

Check out how we shot the Past Life music video while still social distancing. This thing is called the Scan Truck. I stepped into it on my own and it scanned my face up close, which is why the music video looks so real! Sometimes technology and art are the perfect match.

Trying to take a cute/serious pic of me cooking but then felt embarrassed so I’m using the candid where I look so happy but I really feel kinda cheesy. 😏 Anyway, I shared a few lists in my stories of things I’m watching, listening to and reading to keep me positive and help pass the time. Hope it helps you 💖 For music: “If the World Was Ending” – JP Saxe & Julia Michaels “You Say” – Lauren Daigle “Snowchild” – The Weeknd “The Blessing” – Kari Jobe, Cody Carnes & Elevation Worship “The Box” – Roddy Rich For movies: Invisible Man Jennifer’s Body American Hustle Uncut Gems Clueless Sugar and Spice After the Wedding Zodiac Election Flirting with Disaster For shows: The Morning Show Good Girls The Servant SNL (re-runs) The Mind Explained For books: “Becoming” – Michelle Obama “The Undocumented Americans” – Karla Cornejo Villavicencio “Signs” – Laura Lynne Jackson For podcasts: On Purpose with Jay Shetty Wait Wait… Don’t Tell Me A New Earth – Oprah & Eckhart Tolle Get Sleepy For accounts to follow: @tinykitchentm @jessicayellin @selenagomez.doll @chloeiscrazy @nostalgia.video

Also read: Try Not To Be Jealous Of Selena Gomez Looking At These Instagram Pictures Red Carpet Gown Looks From Selena Gomez Are Worth Stealing