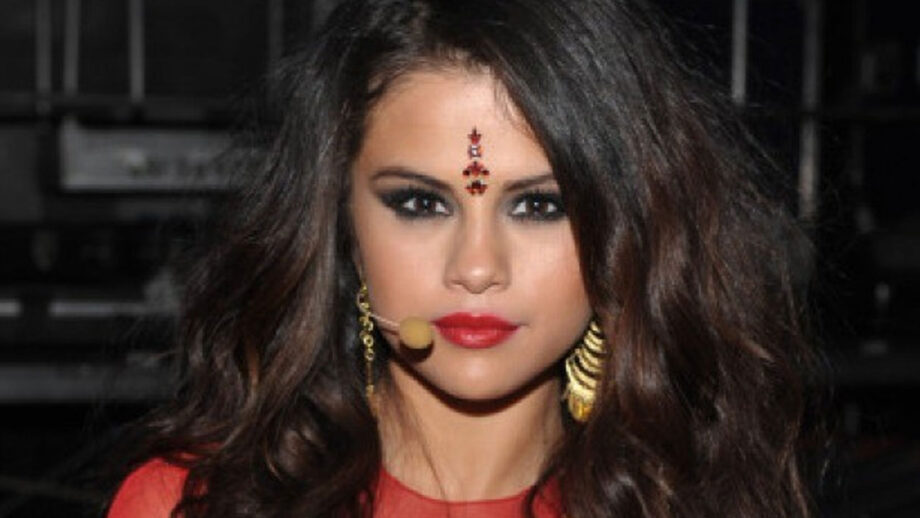 In 2013 Selena Gomez wore a bindi to the MTV Movie Awards where she performed her new single “Come and get it”. For the performance, she wore a red dress and a glittery bindi. The bindi landed Gomez trouble with Hindu leaders at the Universal Society of Hinduism who asked her to apologize for wearing the religious adornment. They said it’s a religious and spiritual symbol. It is not meant to be thrown around loosely for seductive effects or as a fashion accessory. They also added that she should get acquainted with the basics of world religions.

Effectively, Selena Gomez is not the only Hollywood celeb to strive Hindu tradition on for measurement. Julia Roberts, Katy Perry, Madonna, Gwen Stefani, have all been seen sporting bindis. In a statement, Selena had said that she finds Hindu tradition thrilling and loved studying about her “seven chakras.” Twitter users were not happy with the former Disney star’s attempt at cultural appropriation. It seems Selena was unaware about previous controversies that Hollywood celebrities sparked by donning the bindi.