The queen who ruled the music industry for 7 decades too was rejected initially. Here is what you need to know on the rejection that Lata Mangeshkar faced Lata Mangeshkar was only 13 years old when she took up acting as a career. Her father Deenanath Mangeshkar was a well established Marathi classical singer as well as a stage actor. Young Lata didi used to act in her father’s musical plays since the age of 5.

When Lata Mangeshkar’s father Deenanath Mangeshkar died she was 13 years old. And being the eldest in the family the responsibility fell upon her. She had to work to earn daily bread and butter for the family and so she started her career as a singer and actress in 1942.

Initially, when Lata Mangeshkar entered the industry she faced a lot of rejections. She was constantly being compared to the then voice of that era like Noor Jehan and Shamshad Begum who had a high pitched voice. Whereas on the contrary, Lata Mangeshkar has a soft voice more of a nasal touch. And so she was rejected.

Being the sole breadwinner for the family Lata Mangeshkar acted from 1942-1948 but that didn’t get her much of an appraisal.

It is impossible to believe the voice today that is considered to be one of the best and legendary was rejected initially. This shows no matter how much rejections one faces in life one should keep trying harder. Because there is always a rainbow after rains. And in the same way, though there might be failures and rejections in life one should not lose hope but keep trying harder because one day you will surely reach and achieve your goals. That’s what we get to learn from Lata Mangeshkar. Surely she is an amazing inspiration for us all. 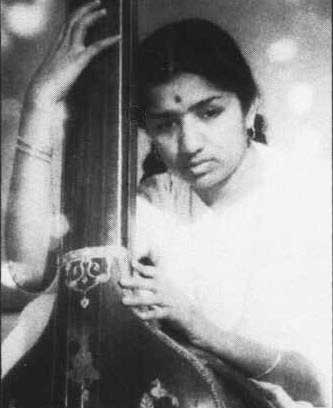