The Kardashian and Jenner are known to have a considerable net worth and spend magnanimously. Kim Kardashian is a reality television show actress and also an entrepreneur. She has ventured and spread her wings into numerous things. From beauty, clothing line, perfume, and many more. Though Kim and Kanye have made their names thought in separate ways, they are the hot couple we all look up to. They have been in love since 2014, and we can’t help but shout goals.

The hip-hop artist Kanye West is one of the richest, not millionaires but billionaire on the planet. According to Forbes’s statistics and report, he has a net income of $1.3 billion. But as per the information and text he sent them, he believes it to be a whopping $3.3 billion.

Kanye West and Kim Kardashian together are estimated to make a total of $4.1 billion. After Kim Kardashian sold her KKW Beauty stakes, her net worth rose to $900 million as per the data from Harper’s Bazaar. The couple is one of the most affluent and most extravagant earning celebrities on the planet. 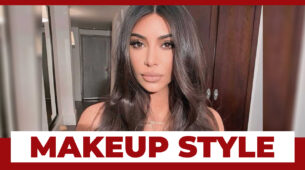