If you are a bathroom singer, these Yo Yo Honey Singh's songs are perfect for you Yo Yo Honey Singh is a singer, producer, rapper, composer, lyricist, and an actor. One of the most paid artists in the music industry, he has gained immense fame. Though he disappeared in 2014, taking a break from music, he recently made a blowing comeback with a new song better than before.

Yo Yo Honey Singh mainly sings in Punjabi and Hindi. He was a star with numerous topping numbers. In 2012, he was paid highest than any other singer in Bollywood. For films like Cocktail and Mastan, he received a total of $7 million, as per media reports. He was also the trending voice back then with millions of fans going crazy for him. There was a time when his name was familiar to every kid and teenager who aspired to become like him.

Honey Singh produced the song for Chennai Express, which is very popular, and everyone does the irresistible Lungi Dance. With a debut song Shakal Pe Mat Ja, he was introduced to the music industry of Bollywood.

If you are a bathroom singer, then these Yo Yo Honey Singh’s tracks are for your perfect entertainment.

Also Read: WOW: Net Worth Of Yo Yo Honey Singh In 2020 Will SHOCK You Tony Kakkar Vs Honey Singh: Who wins the battle of voice? The success story of Bollywood rapper Yo Yo Honey Singh 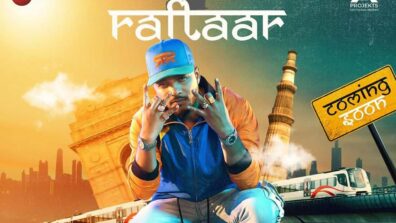 The Rise And Fall Of Yo Yo Honey Singh