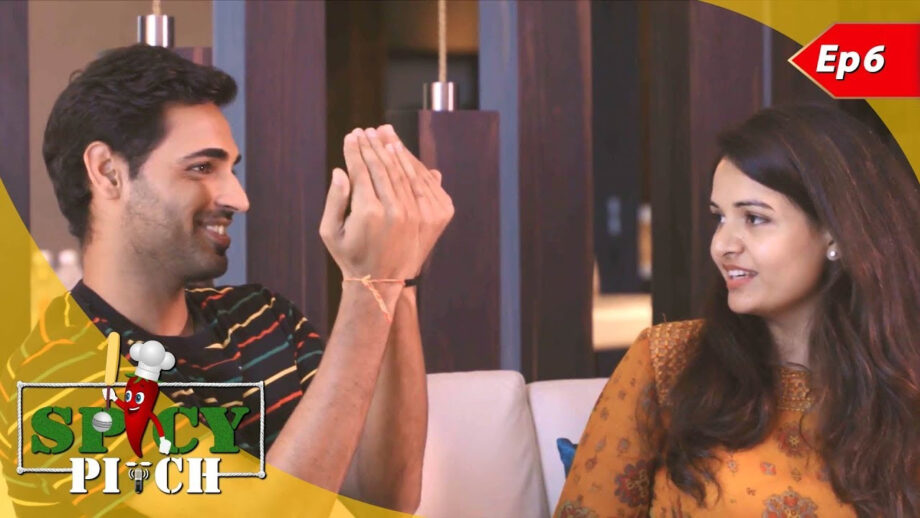 There’s a reason that nothing can really compare to the charm of childhood sweethearts, even in this age of Hinge and Tinder. Ace Indian pace bowler Bhuvneshwar Kumar and his wife Nupur Nagar are one such couple — and their relationship will give you serious couple goals. Whether it’s their fun banter, their sparkling chemistry, or the fact that they’ve been sweethearts since they were 13 years old!

In a no-holds-barred webisode of Cricbuzz’s new series Spicy Pitch, Bhuvi and Nupur reveal what makes their relationship so special. The two were childhood friends and neighbours in Meerut, playing games like Stapu for hours on end together. As is often the case with childhood sweethearts, Nupur looked at their relationship more like that of “brother and sister” whereas Bhuvi had a crush on her even at that age!

The childhood friends slowly drifted apart— Bhuvi becoming busy with his cricket and Nupur going away to college— and only saw each other a couple of times a year. But then they reconnected on Facebook and that’s when the relationship evolved into a long-lasting romance.

Today, Bhuvi and Nupur seem less like a newly married couple and more like best friends. Whether it’s the fact that Nupur is forever despairing of the mess Bhuvi makes at home, or that she claims he cheats in every game of carrom and dumb charades that they play— the two come across as a fun-loving and light-hearted unit.

Nupur even teases Bhuvi saying, “I actually enjoy watching his batting more than his bowling!” to which Bhuvi quips, “Every time I go out to bat, I remember that I have to play a good inning because my wife will really be annoyed with me otherwise!”

It isn’t just fun and games though, the two are also there for each other through thick and thin. Nupur says, “When Bhuvi goes through something big, whether it’s his hamstring injury or anything else, I always get more worried than he does. In fact, I get so worried that he lightens up because then he needs to cheer me up!”

The couple talks about how they feel about each other and what makes their relationship work, even during the pressure of international cricket.