Check out this adorable love story of Hardik Pandya and Natasha Stankovic! 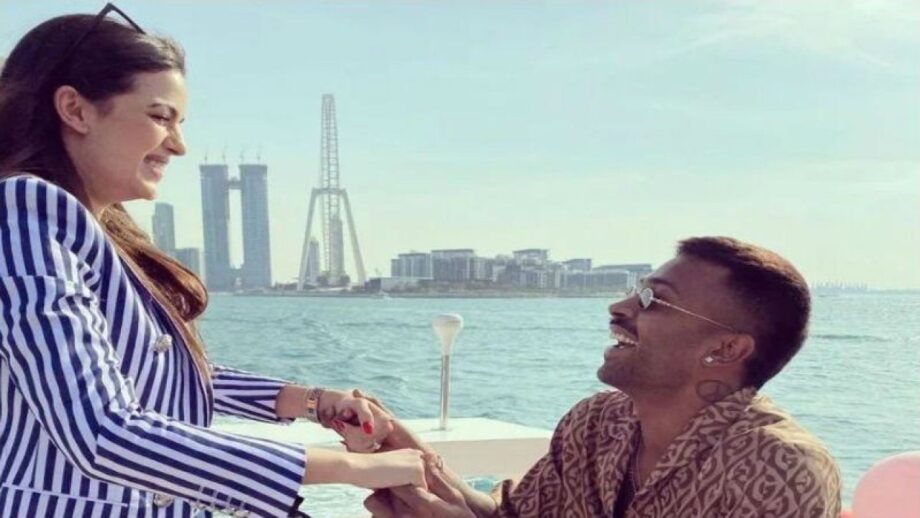 The Indian all-rounder cricketer, Hardik Himanshu Pandya is one of the competent players in the Indian squad. He is also known for his classy and cool fashion style and his Koffee With Karan controversy in 2019. The player did face a lot of problems in his life, but one person who stood beside him was, Natasha Stankovic, the Serbian Bollywood actress, model, and dancer.

It was Nach Baliye’s 9th season when she appeared with her ex-partner, Aly Goni, the famous TV actor. It’s said that the couple first met in a night club, and from there, their friendship started. Natasha was seen celebrating Diwali with their family members. In 2019 October on the occasion of Hardik’s birthday, she addressed him as her best friend. Later on 2020 New Year at 1st January, the couple got engaged in Dubai. It was a huge surprise for the fans. Hardik posted a picture of his beloved flaunting her ring on Instagram with the caption, “Mai tera, Tu meri jaane, saara Hindustan. 01.01.2020 #engaged.” Natasha also posted the video of the moment with the caption, “Forever yes @hardikpandya93.”

Recently, the couple has declared the news of having a baby soon on Instagram. Have a look! Natasha has been seen with Hardik Pandya, accompanying him to some parties. The couple has got a long way to go and making their fans adore their relationship goals.

Hardik and I have shared a memorable journey together so far and now, it’s only going to get better 😊 Together, we are excited to welcome a new life into our lives very soon. We’re super excited for this new step of our life together and humbly ask your blessings and well wishes 🙏